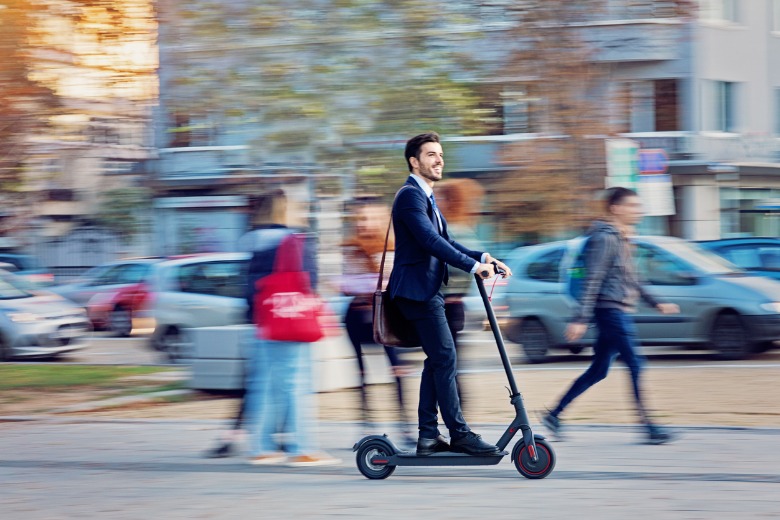 A NSW e-scooter trial will focus on ensuring regulations are 'sensible and appropriate', the NSW government says.

Councils across NSW will be invited to take part in a state-wide trial of e-scooters, joining other states.

Active transport minister Rob Stokes announced at a mobility summit in Sydney on Thursday that a council-led trial involving shared scheme providers will begin in July.

The trial, initially slated for October, was originally going to be offered only to certain councils, Mr Stokes said, but that will now be extended to all interested councils.

“We’ve had very strong feedback from a number of councils that they are really desperate to trial these schemes and we’re now inviting for that to formally occur,” he told Government News.

“We were originally looking at a more limited approach where we would identity certain councils but the advice has been that we can ask councils and if they want to participate, they can.”

“We want to capitalise on it now before that spirit goes away,” he said.

Councils have cautiously welcomed the trial, but have raised some concerns.

Deputy Secretary of Cities and Active Transport Keirsten Fishburn said a briefing will be held on May 13 with interested councils and providers.

“I’ve written to all the councils to say put in an expression of interest and I’ve given them a couple of weeks to do that,” she told Government News.

“We’ll then do a briefing to say, this is the regulatory framework you’ve got to work within, here are the providers, here are your opportunities,”

Ms Fishburn said while the trials will be locally driven, the state will provide Geographic System Mapping and help with data collection and promotion.

The state government won’t be funding the trials however the private providers will provide everything that’s needed she said.

Jayden Bryant, Head of expansions ANZ for Neuron, told at panel discussion at the summit that e-scooters offered particular benefits to regional areas because they could stimulate the economy.

“There are obviously a lot of benefits associated with this but the key ones for the regional cities is the economic activity,” he said. “It gets people out of their house, riding their scooter and spending money.”

Mr Stokes said the NSW trial will focus on ensuring e-scooter regulations are “sensible and appropriate” and safety will be paramount.

“While the trial will be confined to share schemes to start with, we are actively looking forward to a time when private e-scooters will also be a part of the active transport fabric, and am working to ensure only safe e-scooters are stocked and sold and legally used on our streets in time for Christmas,” he said.

Regulations will be made public in coming weeks with geo-fencing technology to be utilised to control speeds and where the devices are parked to minimise visual clutter.

The forum also heard from other states, including Victoria and Queensland, during a panel discussion on e-scooter trials.

The Victorian government has partnered with the City of Melbourne, City of Yarra, City of Port Phillip and the regional City of Ballarat to run e-scooter trials over a 72 square kilometre area following a targeted expression of interest process in 2021, with Ballarat recording more than 40,000 e-scooter trips in the first month of the trial.

Karen Roache, Shared Transport Services Officer at City of Port Phillip, said the trial was launched because  “we saw that there was benefit to the community and we wanted to measure that.”

She said the trial is looking at a range of issues including maximum speeds, where scooters are being used whether any change to road rules is required.

Daniel O’Kaden from the Queensland transport department says there was initially a significant uptake of shared e-scooters when a trial began in that state in 2018, followed by “an explosion of private use”.

Issues that emerged during the trial related with to parking and speed limits, and the government would look at tweaking the current regulatory framework over the next six months to take into account private e-scooter use.

The devices have also been allowed on South East Queensland (SEQ) trains during peak periods since January this year.

E-scooters are legal on shared paths and footpaths in the ACT, where the government promotes them as a “healthy and affordable travel choice”.

Tasmania, SA, WA and the NT have also launched trials.

4 thoughts on “NSW councils to participate in e-scooter trial”