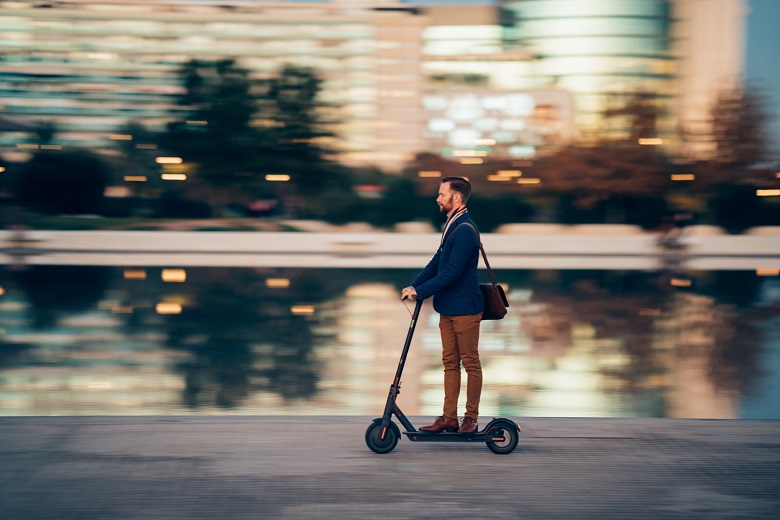 Electric scooters have hidden environmental costs and can discourage people from walking or using public transport, a report has found.

Electric scooters are touted by manufacturers as an environmentally friendly transport option, but a US study has shown they may actually increase emissions by drawing people away from walking, cycling and public transport.

Researchers believe it is the first peer-reviewed study of the environmental impact of e-scooters.

One of the authors,  Jeremiah Johnson from the Department of Civil, Construction and Environmental Engineering at North Carolina State Univsersity, says researchers wanted to investigate the environmental impact of e-scooters from “hidden” factors such as materials and manufacture, as well the impact of collecting, distributing and disposing of them.

They found the environmental impact associated with charging dockless scooters are small compared to the impact of manufacturing them and transporting them to overnight charging stations.

“Results show that manufacturing and materials are responsible for the most emissions, followed by collection, distribution and charging,” the report said.

It also found that e-scooters displaced other forms of environmentally preferable transport.

“If only one-third of e-scooter rides displace automobile travel, then the use of e-scooters likely increases overall transportation emissions by drawing people away from walking, biking or taking public transit.”

Mr Johnson the environmental impact of the materials used to make the scooters, as well as the impact of distributing the scooters after manufacture and collecting them for charging at the end of the day, was surprising.

“Both of these things can be improved upon, so the future environmental performance of shared dockless e-scooters can look markedly better than today,” he told Government News.

Mr Johnson says the study found that emissions could be reduced by ensuring longer scooter lifetimes (they currently have a two-year shelf life), improving the efficiency of collecting them and allowing for overnight parking of scooters that don’t need to be transported back for charging.

He says the shared scooter model is becoming popular as a method of transportation in urban areas, with an estimated 61 million kilometres travelled on e-scooters in the US in 2018.

They were also recently introduced in the Top End with City of Darwin Council announcing in April that Singaporean company Neuron Mobility would operate a fleet of motorised e-scooters across 37 locations across the city on a 12 month trial.

Council is currently waiting for regulatory approval to start the trial. A spokeswoman told Government News the scooters would be charged on dock on the street so would not need to be transferred to a charging station.

e-Scooters are also currently in use in Brisbane, with Brisbane City Council signing a contract in June with Singaporean company Neuron Mobility and Lime to boost the number of e-scooters in operation on its streets.