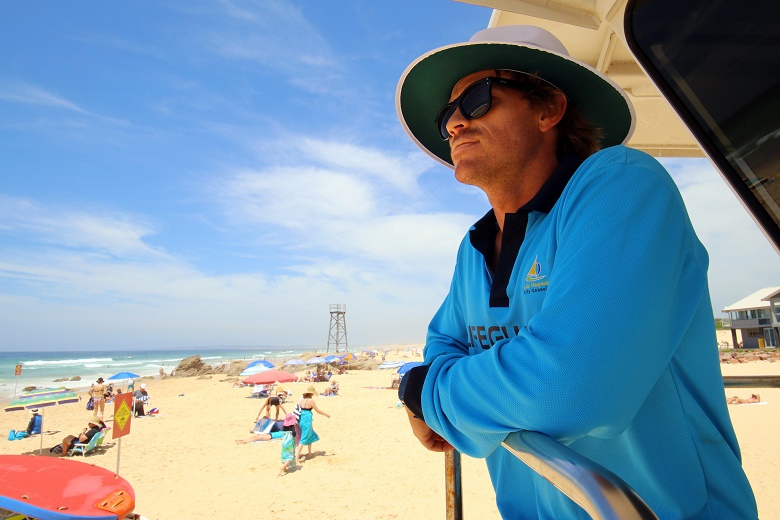 Lifeguards at Lake Macquarie's Redhead Beach among those to recieve new information under the trial.

Lifeguards on several NSW beaches will soon have access to detailed condition reports as part of a world-first beach safety initiative.

Sensors and a mix of other smart infrastructure will monitor wave and swell movements and provide earlier detection of dangerous conditions under the project involving four Sydney and Lake Macquarie beaches.

The Smart Beaches Project aims to curb the growing number of drownings along the New South Wales coast.

Nationally there have been 97 reported drowning deaths in Australia so far this summer compared to 64 last year, according to Royal Life Saving Australia.

Under the new initiative, smart sensors will monitor beach activity to gauge which beaches and amenities are busiest and then transmit the data to lifeguards and local councils.

The project, which received $910,000 through the Commonwealth’s Smart Cities and Suburbs Program, will see the technology piloted throughout the next 12 months.

“Both are very popular beaches; each with unique circumstances that will test this technology and how it is applied,” Cr Fraser said.

“Already this summer we have seen a disturbing number of drowning deaths along Australia’s coast. In NSW alone, there have been 16 coastal drownings since the start of summer.”

Manly and Shelly beaches in Sydney, which will also host the trial, were very busy beaches attracting high numbers of both locals and tourists, Cr Regan said.

University of Technology Sydney Associate Dean, External Engagement, Professor Myriam Amielh said the technology would be developed and trialled over the next 12 months, with plans to roll it out by mid-2020.

“Pending the success of this trial and ongoing funding, the technology could be rolled out to other beaches nationally and internationally,” Professor Amielh said.

“Development of this technology is in its early stages, but it has the potential to become an invaluable tool in ongoing efforts to improve beach safety and usability.”

Other funders of the project include Lake Macquarie City Council, Northern Beaches Council and University of Technology Sydney.