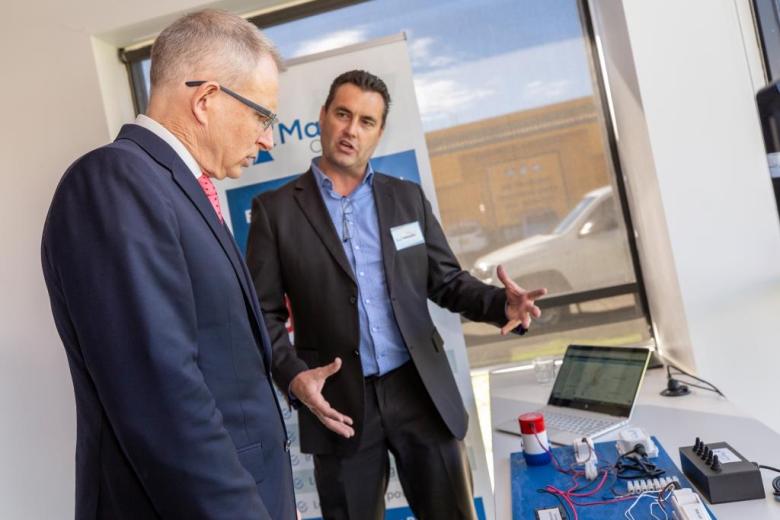 Partnership between a council, an economic development company and a network provider delivers Australia’s first smart city network across a local government area.

Lake Macquarie City’s Long Range Wide Area Network (LoRaWAN) for the Internet of Things is also believed to be the first to be used simultaneously by start-ups, small and large businesses and government agencies to build new technologies and use data for decision-making.

The network provides 100 per cent commercial-grade IoT coverage to all populations across the local government area, which spans some 650 square kilometres.

A partnership between Dantia, the economic development company for Lake Macquarie City, Lake Macquarie City Council and IoT provider The National Narrowband Network has delivered the network without any Commonwealth Government funding.

The network is commercially funded for a 20-year contract period through the partnership between Dantia, Lake Macqurie City Council and NNN.

Peter Francis, CEO of Dantia, said the new network was a “game-changer” for the region.

“We were looking at the infrastructure that is required to drive jobs into the future, how we could create a point of difference for Lake Macquarie to be a place of choice for businesses to either do proof of concept or transfer a business to the region,” Mr Francis told Government News.

While much of the current discussion around smart cities has focused on their “infinite possibility,” Mr Francis said the group had a “pragmatic focus” on how it could assist with the delivery of jobs.

He said other smart city initiatives in Australia tend to be centred around a main street, focus on civic and government applications and are typically funded by the Commonwealth, which means the life of the project is invariably limited.

“If commercial operators can’t use it then it’ll forever be a burden on the public purse. We were interested in a partnership between government, innovators and businesses in finding a commercial way to drive this,” he said.

Dantia’s research and engagement with groups like IoT Australia suggested there are typically three stages to establishing smart cities – the infrastructure being used for civic use, then by start-ups, and finally by commercial entities.

“It’s accepted in some ways that it’ll be a three-phase approach. We asked why couldn’t we do all three in one go? And that’s what we’ve done,” said Mr Francis.

Having analysed the market, Dantia identified National Narrowband Network as its preferred provider and started to work with the company on the project.

“We looked at where some of the real problems were and one of the key issues has been real estate and getting the locations to install the gateways, which are the physical infrastructure that everything flows through.”

As the owner of property and facilities across the LGA, Lake Macqurie City Council was quickly identified as an ideal partner in providing the necessary real estate.

“We created a commercial arrangement where the real estate would be provided at a discount in return for the civic users being able to access the system at a discount of 96 per cent of the current market rate, for the life of the agreement,” he said.

In terms of start-ups, NNN was able to provide a test network free of charge which the partnership has secured as an exclusive offer for the region. Mr Francis said:

“It’s one thing to test something in the main street but to be able to test it across a whole city, on state roads, main roads and local roads, in urban and suburban environments, even in semi-rural and rural areas, in industrial and manufacturing neighbourhoods as well as the CBD – that’s a real point of difference.”

The network is also targeting commercial operators, with businesses and corporations receiving a 15 per cent discount if they establish operations in Lake Macqurie City.

“All of this without any Federal Government Funding,” Mr Francis said.

“We engaged with the local council to help realise the value of its assets to drive that agenda of job creation and investment within the region.”

Major entities such as the University of Technology Sydney, Hunter Water, Slingshot, Ampcontrol and RestTech have already signed up to use the new network.

Showcase for other smart cities

NNN chief executive Rob Zagarella said the Lake Macquarie network would be a showcase for what cities around Australia could achieve with IoT.

“We’ll be able to support businesses in the area to get their projects up and running quickly and effectively, while also enabling the city to scale important services like smart waste management,” Mr Zagarella said.

Smart cities require both a carrier-grade network and a device and data platform to convert data from many different types of devices into a common format, he said. “That’s when you start creating real knowledge and outcomes that can improve the quality of life for citizens,” he added.