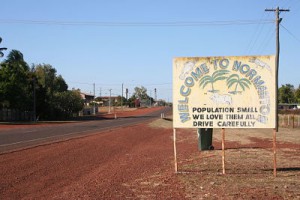 The Agency will pump up to $8.4 million to help Canadian Solar and Scouller Energy build a 5 MW DC (4.5 MW AC) solar farm – on the fringe of a major electricity network – to help stem the electricity losses cause by transmitting over long distances.

ARENA CEO Ivor Frischknecht said the solar farm would help demonstrate how integrating solar into the grid can improve energy reliability in more remote locations at the end of the grid.

“Like many regional Australian communities, Normanton is on the fringe of one of our major electricity networks,” Mr Frischknecht said.

“Power generated in Rockhampton is fed across more than 1,000 kilometres of transmission lines to the Normanton area. Electricity transmitted over long distances typically experiences significant losses along the way.

“Adding renewable energy generation closer to where it’s needed can provide more reliable and efficient power. This is a key ARENA investment focus for fringe-of-grid and network constrained areas.

He said that Normanton Solar Farm would be a test case for network provider Ergon Energy to chart the real impact of network losses.

The evidence gathered could be used to press for changes in regulation that would support more renewable energy installations at the fringes of the grid across Australia.

Normanton Solar Farm will be jointly owned by Canadian Solar and Scouller Energy. Canadian Solar Australia has been contracted to construct the solar plant. Ergon Energy has signed a power purchase agreement to buy electricity from the plant.

Mr Frischknecht said Ergon Energy would work with Canadian Solar and Scouller Energy to analyse and report on the network impacts of operating the plant.
“This will allow energy distribution businesses to consider whether it’s feasible to compensate large-scale solar plants for the network benefits they provide,” Mr Frischknecht said.

“This could make large-scale solar plants more competitive and encourage more project developments, potentially increasing solar uptake and benefitting local communities where these projects can positively impact on the grid.”

Normanton Solar Farm is scheduled for completion in December 2016.