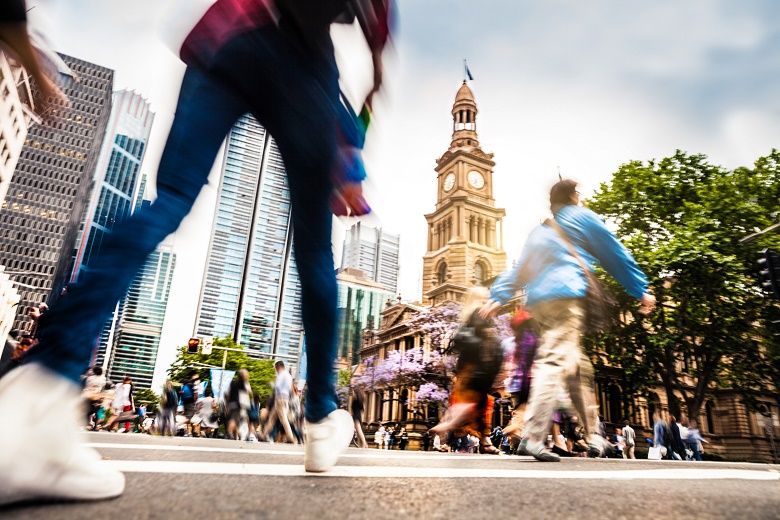 As the PM flags a new approach to population, an expert cautions NSW on 'hitting the panic button' with migration cut.

Experts are divided over the Prime Minister’s plan for a bottom-up population policy involving state and local governments.

The opinion of leading demographers is mixed over Scott Morrison’s plan for a new population plan “involving all levels of government,” which he says will likely lead to a cut in the current migrant intake.

Advocating a move away from “top-down discussions” around the migration intake caps, Mr Morrison said managing population should be a “shared responsibility” between all levels of government.

“The states and territories know better than any what the population carrying capacity is for their existing and planned infrastructure and services. So I plan to ask them, before we set our annual caps,” the Prime Minister said in a speech on Monday night.

“We need a new discussion with the state and territories and local government about how we manage and plan for our changing population,” Mr Morrison said.

The issue will be raised with the premiers at the next COAG meeting on 12 December, he said.

The latest development follows last month’s announcement by the Morrison Government of possible changes to the migration system to shift population growth to regional areas. Currently 98 per cent of skilled migrants go to Sydney and Melbourne.

“If permanent visas reflect state judgements of their capacity and desire for more people, then the government will have to construct its visa classes,” says Dr Birrell, who has previously advocated halving the migration intake.

“Most will have to be converted to provisional visas that require a period of stay in a particular state and only become permanent when the required stay is over,” he said.

If such a change is implemented, the skill level of migrants will likely fall as “high flyers will not locate outside the east coast,” says Dr Birrell, who is president of the Australian Population Research Institute.

But Dr Liz Allen, a social researcher and demographer at the Australian National University, said the plan to give states and local governments a greater say in immigration was “problematic.”

“There is no evidence to support a state and territory bottom-up approach,” Dr Allen told Government News.

Australia’s migration program needs to be determined at the national level to meet economic needs, she argued.

Given the way population, and immigration in particular, had become “politically charged” state governments could use it to score political points, Dr Allen argued.

“For example, Gladys Berejiklian professed her support for the current immigration intake in May of this year and only now, heading into an election, she’s asked for a cut,” she said.

As NSW mulls over that potential cut, University of Melbourne professor of demography Peter McDonald has cautioned the government to “think carefully before pushing the panic button on migration.”

The leading demographer says that a lag in international student migration will likely see Sydney’s growth fall at the same time that labour demand remains high in the city.

“To achieve a halving of total net overseas migration through cuts to skilled migration, the entry of skilled migrants to NSW would have to be cut to zero,” Professor McDonald has told the review panel advising the NSW Government on the issue.

“The panel needs to consider how much congestion in Sydney would be cleared in 2019 through having 45,000 fewer people. There are a range of other factors that affect congestion other than population. Congestion at present is generated by the very factor that is designed to reduce it – the construction of transport infrastructure,” he said.

Dr Allen argues that population has become “a game of hot potato,” with the issue passed between levels of government “to appease the electorate, which has been fed a false narrative that there’s something wrong with the immigration intake.”

She says national leadership on the issue is needed, as well as a whole-of-government approach that joins together the siloed population-related policy domains such as health, housing and transport.

Dr Birrell said the government needs to address temporary visas, which he says are the main source of growth of net overseas migrations in Sydney and Melbourne.

“In particular the government will have to stop temporary visas holders moving from one temporary visa to another. This is happening now and explains why students and other temporaries are such important contributors to net overseas migration,” Dr Birrell said.