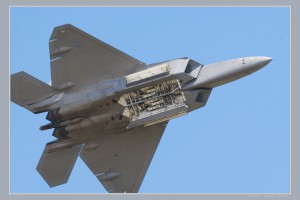 Public sector technology outsourcing used to be a multi-billion dollar industry in Australia with multinational companies vigorously competing for business from agencies attempting save on infrastructure costs and headcount.

But these days it’s getting harder for global firms to even justify a presence in Australia.

And a top-tier shake out that’s now in play will soon leave major state and federal clients with a much smaller pool of major providers as big ticket divestments and consolidations reverberate through the industry.

Lockheed Martin, a core outsourcing provider to the Australian Taxation Office and the Department of Defence, last week confirmed it is preparing to offload its Australian IT services outsourcing division through a divestment – a move that will probably see its client book sold to a competitor as it refocuses on the defence and aerospace markets.

It’s unclear yet whether a divestment of Lockheed Martin’s Information Systems and Global Solutions (IS&GS) division will come in the form of a single deal or be divided into transactions in individual geographies.

If it’s the latter smaller, more nimble Australian companies could potentially take over Lockeed Martin’s contracts here. Given the inherent sensitivity of its government clients, not all foreign would be a god fit.

Lockheed’s exit from the Australian government IT services market also follows another confirmed sale earlier this year: local IT services provider UXC finally vended itself out to US headquartered outsourcing veteran, Computer Sciences Corporation, through buyout for $418 million.

The figure is handsome for investors, but Lockheed’s and UXC’s moves ultimately reduce options for government agencies looking to either let or roll over their multi-year services deals.

They also underscore how tough the government IT services market has become as buyers refocus on internally led digital transformation to achieve better service and cost reductions.

Local companies prepared to bid for smaller contracts could have an advantage over bigger foreign competitors.

A major headwind for all overseas headquartered providers to the Australian government is the currency hit from the falling Aussie dollar, which can sand away veneer thin profit margins in the space of just months.

Another margin pressure on government outsourcers is been the rapid aggregation and convergence of commodity infrastructure through newer services like cloud computing, services that are far cheaper to buy and negate the need for big fleets of dedicated computers to be run in house.

That factor is being accelerated by shrinking sales of laptop and desktop computers. Once a mainstay of the public service, the machines are being replaced by cheaper mobile devices like smartphones and tablets that have now become standard issue.

While Lockheed Martin secured a circa $60 million deal from the Australia Taxation Office in 2010 for end-user computing services, it did so largely at the expense of EDS, which was acquired by hardware giant HP in 2008 for around US$14 billion.

The defence and aerospace giant then gained more purchase in the Australian Government when the Department of Defence in mid-2014 awarded Lockheed Martin the lead role for a centralised computing deal to consolidate its data centres and other infrastructure, with the overall price tag of the big fix estimated to be worth around $800 million.

Prior to Lockheed Martin’s win at Defence, EDS had mounted a major marketing campaign and charm offensive to get Defence to outsource more of its technology management, a bid that ultimately failed.

Government News has approached Lockheed Martin for comment on its divestment.