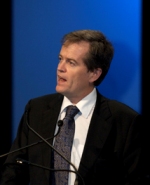 Councillors and mayors from across Australia have gathered in Canberra to set a new national agenda for local government.

The National General Assembly (NGA) of the Australian Local Government Association (ALGA) attracted around 700 delegates ready to vote on more than 140 motions on issues surrounding climate change, infrastructure and finance.

“Never before have there been more issues at stake for local government at the national level,” Cr Lake told conference delegates.

“And never before has there been more of a need for us to come together – from across the breadth of Australia – to debate and shape a national agenda for our sector.

“How we navigate these waters over the next few years, will determine whether we are a strengthened sector in the future, or one hamstrung by responsibilities beyond our capacity and finances well short of our needs.”

Cr Lake said the NGA was “not a mere talkfest”, but an opportunity for delegates representing 565 councils to discuss and debate the role local government should play in building “sustainable and resilient communities”.

“How we interface with the Federal Government will determine what role we can play in shaping these issues,” Cr Lake said.

“We can sit back and watch how these things play out or we can be right in there – in the thick of it – and influence how things happen.”

No news on federal front

Federal representatives present at the NGA failed to deliver any new announcements on the first day of proceedings.

The Federal Minister for Infrastructure, Transport, Regional Development and Local Government, Anthony Albanese, addressed the congress on infrastructure and financing, but did not deliver any new funding commitments.

Parliamentary Secretary for Climate Change, Greg Combet, was scheduled to speak, but was held up at Parliament House in a debate over the OzCar affair.

His colleague, the Parliamentary Secretary for Disabilities, Children’s Services and Victorian Bushfire Reconstruction, Bill Shorten, spoke on his behalf.

Shorten warned that a delay in the passing of the Carbon Pollution Reduction Scheme (CPRS), currently being debated in the Senate, would negatively impact on the economy and environment.

“The potential delay in the CPRS is no small matter,” Shorten said.

“A problem delayed is not a problem solved.”

He said local government would continue to play a “crucial part” in responding to climate change, particularly in the areas of planning and infrastructure.

The road to reform

Although excluded from the NGA theme, constitutional recognition of local government was also on the agenda, with Cr Lake providing an update on progress made.

In terms of a timeline for reform, Ray said April to November 2012 would be the ideal time to put constitutional recognition of local government to the Australian people in a referendum.

The national general assembly continues until Wednesday, with Opposition Leader Malcolm Turnbull and Leader of the Australian Greens, Bob Brown, scheduled to deliver an address today.

The NGA will be followed by a meeting of the Prime Minister’s Australian Council of Local Government (ACLG) at Parliament House on Thursday.