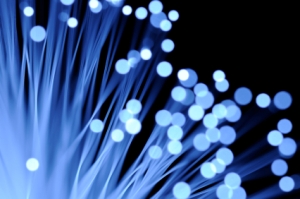 The Federal Government has announced that a public-private company will build the fibre optic national broadband network. Image: iStock.

Councils across Australia have welcomed the Rudd Government’s plan to build the national broadband network (NBN) through a public-private company.

The Australian Local Government Association (ALGA) president Cr Geoff Lake said it was “great news for local communities given the vital role broadband will play in the competitiveness of regions”.

“The delivery of fibre direct to 90 per cent of Australian homes and the planned investment in wireless and satellite technology for all other Australians will allow local communities to realise enormous economic and social opportunities,” Cr Lake said.

“Local communities have waited too long for adequate broadband services and we are delighted with today’s decision to invest such significant sums in expanding Australia’s productive capacity and educational frontiers.”

Councils particularly welcomed the Federal Government’s decision to mandate fibre to the premises in all new greenfield developments.

“Councils have been advocating for this initiative for some time and it’s pleasing the Government will now give fast broadband a similar priority to other utility services in planning new housing estates,” Cr Lake said.

ALGA has called upon the Rudd Government to work in consultation with local government during the NBN roll-out.

“The roll-out of the NBN infrastructure will involve laying overhead cables and cutting up roads, footpaths and nature strips,” Cr Lake said.

“Local government recognises that a project of this scale requires an expedited delivery model. However, a fast broadband network completed by 2017 and sensitivity to local community interests are not mutually exclusive.”

“The promised speed of 100 megabits per second to the majority of households far exceeds the 12 megabit requirement of the original tender process, while the additional provision to the remaining 10 per cent of households via wireless or satellite means all households will benefit,” NSW Local Government Association president Cr Genia McCaffery said.

“Their decision also sends a clear message that value for Australian taxpayer’s dollars is of paramount importance, particularly in our current economic climate.”

“This project has the potential to deliver employment and education opportunities to NSW communities, and may well provide the impetus some need to ensure their survival,” Cr Miller said.

“The Commonwealth is finally embracing the opportunities offered by modern broadband access.

“We encourage them to maintain this drive by embracing the developments in new technology during the course of the eight year roll out.”

Cr McAffery said the Federal Government will consult with local government prior to and during the construction of the network.

“There are huge implications for local communities in the provision and adaptation of infrastructure required by a project this size,” Cr McCaffery said.

“NSW local councils look forward to the opportunity to work with the national broadband network to ensure a fast delivery of the network, with minimal disruption to our communities.”