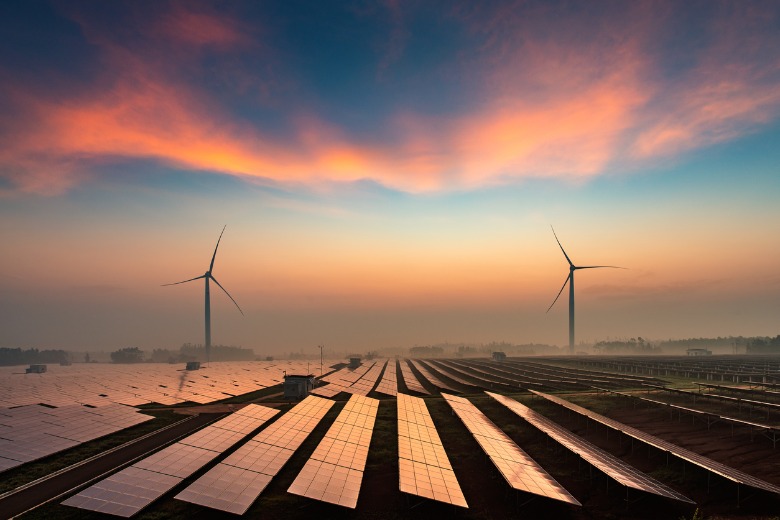 The government says renewable energy zones are vital to ensuring the future reliability and affordabily of electricity as traditional coal fired power stations like Eraring close.

The NSW government says it will liaise closely with local governments after receiving $100 billion worth of investment proposals for the Hunter-Central Coast Renewable Energy Zone (REZ).

Mr Kean revealed the investments a day before Origin Energy announced that Australia’s biggest coal-fire power plant, Eraring Power Station on the shores of Lake Macquarie, had applied to the Australian Energy Market Operator (AEMO) to shut down by 2025.

The Hunter and Central coast regions were ideal for a REZ because of existing power stations, rehabilitated mining land and transport and network infrastructure, as well as a skilled workforce, he said.

The economics of coal fired stations are being put under increasing, unsustainable pressure by cleaner and lower cost generation, including solar, wind and batteries.

The Energy Corporation of NSW, which is overseeing planning for the Hunter-Central Coast REZ, will engage with stakeholders including councils in the Hunter and Central Coast regions including Central Coast, Cessnock, Dungog, Lake Maquarie, Maitland, Midcoast, Muswellbrook, Newcastle, Port Stephens, Singleton and Upper Hunter.

An indicative geographical area of Hunter-Central Coast REZ is being mapped out and the Zone is expected to be formally declared by mid-year.

Mr Kean says the government will accelerate transmission upgrades and work with industry partners to install a 700 megawatt super-battery to make up for the closure of Eraring.

The Waratah Super Battery will release energy into Sydney Newcastle and Wollongong.

The minister expressed disappointment over Origin’s announcement it will be closing the Eraring Power Station ahead of schedule but said energy security wouldn’t be affected.

“Our giant grid battery will act as a shock absorber, so that transmission capacity currently kept in reserve to handle shocks, such as lightning strikes, can be freed up to transfer energy to consumers,” he said.

“AEMO has advised that this additional transmission capacity will give the State’s consumers access to enough existing electricity generation to meet the Energy Security Target at the time Eraring closes.”

The government will also accelerate tenders for new energy supply through the NSW Electricity Infrastructure Roadmap and boost the development of pumped hydro.

“We are also establishing a Transmission Acceleration Facility to accelerate the delivery of priority transmission projects and Renewable Energy Zones,” Mr Kean said.

Origin Energy said to accelerate its exit from coal-fired generation reflected the transition of the national energy market as the nation moved to cleaner sources of energy.

“The reality is the economics of coal-fired power stations are being put under increasing, unsustainable pressure by cleaner and lower cost generation, including solar, wind and batteries,” Origin CEO Frank Calabria said in a statement issued on Thursday.

“It has become increasingly clear over the last few years that the influx of renewables has changed the nature of demand for baseload power.

“At the same time, the cost of renewable energy and battery storage is increasingly competitive, and the penetration of renewables is growing and changing the shape of wholesale electricity prices, which means our cost of energy is expected to be more economical through a combination of renewables, storage and Origin’s fleet of peaking power stations.”

The plant was originally slated for closure in 2032.

One thought on “Investors back renewables as power plant shuts down”