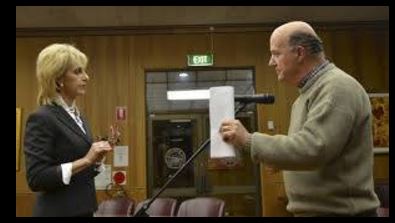 The Deputy Mayor of Lithgow, Martin Ticehurst, is waiting to discover if he will be banished from council chambers for five years after an NSW Civil and Administrative Tribunal (NCAT) hearing ruled he had called the mayor a “bitch” and told her: “I hope you choke on your sandwich”.

The NCAT ruled in late September that Mr Ticehurst was guilty of misconduct after chalking up six breaches of the councillor code of conduct, including sending offensive emails, intimidating and harassing a member of the public and failing to apologise.

The code of conduct states that councillors should treat others with respect, refrain from intimating or verbally abusing anyone and not bring the council into disrepute.

The tribunal ruled that Mr Ticehurst had called (then) Mayor Maree Statham a “bitch” twice during a council meeting in October 2014 and threatened her by saying “I hope you choke on your sandwich”.

Mr Ticehurst also later refused to apologise after a council resolution directed him to. 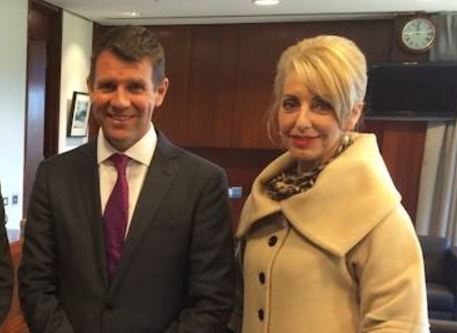 An audio recording of the meeting helped persuade the tribunal that Mr Ticehurst’s protestations that he had used the word “bitchy” and not “bitch” were baseless.

Senior Member Dr Renwick said: “I have listened to the primary evidence, being the recording, on a number of occasions, and as I informed the parties at the hearing, the word I heard clearly was “bitch”, not “bitchy”, which is distinctly different.

“I was unable to determine, based only on the hearing of the recording, who the second statement “I hope you choke on your sandwich” was directed to. It was however, tolerably clear from the recording that the “bitch” comment was addressed to the Mayor.”

However, the Tribunal accepted other evidence that Mr Ticehurst had verbally abused the Mayor with his sandwich asphyxiation comment, uttered when the council meeting was adjourned and the councillors went into the supper room to eat.

Mr Ticehurst argued that the recording had been done illegally and later doctored but the Tribunal dismissed his allegations.

The errant councillor, who represented himself at the Tribunal and refused to give evidence, was also found to have acted “in an aggressive, rude, intimidating and embarrassing manner” towards a member of the public.

It is not the first time the councillor has fallen foul of council code of conduct rules.

He has been suspended from council a number of times in the past for making disparaging remarks to other councillors, which means that if he is suspended again he will be automatically disqualified from holding civic office for five years.

A third offence triggers this disqualification under local government legislation.

Mr Ticehurst has until December 13 to put forward any evidence or submissions relating to his case. He was elected unopposed to the Deputy Mayoralty in September this year, a day after the NCAT ruling against him.