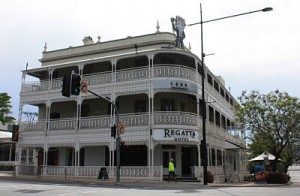 Controversial pub and club lockout laws like those in Sydney and Brisbane will have a limited on effect reducing violence and harm unless a lot more is done to change Australia’s culture of partying, says one of Australia’s leading research centres into accidents and road safety.

Psychologist Dr Gavan Palk from Queensland University of Technology’s Centre for Accident Research and Road Safety (CARRS-Q) believes authorities and venue owners need to take a hard look at the effect of drugs like ecstasy and speed on the behaviour of partygoers along with the behaviour of bouncers.

“The clubs drugs MDMA or ecstasy, and speed combine to increase disinhibition and make people more likely to think something like a coward punch is funny,” Dr Palk said.

“To be truly effective and keep people safe from street violence, my research showed that changing the lock-out hours was just one part of the total move needed.”

Dr Palk, who conducted studies on the trial Gold Coast and Brisbane lock-outs in 2004 and 2005, specifically points to the link between alcohol and aggression and the role of security and venue staff in getting patrons and drinkers to calm down before escalate to a physical level.

With testosterone a known ingredient in aggressive incidents involving males, the stereotype of a beefed-up male bouncer on a pub or club door to convey an implicit physical threat is one of the things that needs to change to de-escalate the potential for violence.

“We know that women bouncers are successful in talking aggressive people down and resolving issues,” he said.

Not just throwing problem patrons out onto the street is another measure Dr Palk wants considered.

“Time out rooms where an intoxicated person could sit in a quiet place till they calm down are a better solution than putting them out on the street,” Dr Palk said.

How that proposed measure will sit with police and licencing authorities is open to question, given that most liquor laws already say people who are intoxicated shouldn’t be on the premises or served.

Dr Palk said police needed to do more “walk throughs” while hoteliers needed to be more responsible for asking people to leave.

In Sydney crowds turned out in force on the weekend to protest against lockout laws in the CBD as the Baird Government conducts a formal review of the laws.