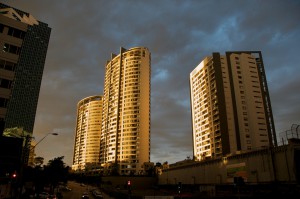 Everyday people who occasionally rent out an extra room or their whole house or flat on Airbnb should be left alone by authorities in favour of a legislative crackdown on unscrupulous professional property investors who turbocharge their rental returns by running an illegal shadow market in un-serviced apartments.

That’s the strong view on the ‘sharing economy’ from key tourism business group, Tourism Accommodation Australia, which is highlighting what it sees as unsavoury distortions in the rental market to bolster its call for tough new powers for states and councils to help them control shonky and opportunistic commercial landlords.

It’s no secret that hotels have never liked Airbnb.

But this latest call for changed regulation is a bit different.

For starters, it’s a significant change in tack for the established accommodation industry, a sector hit hard by the likes of digital disruptors like Airbnb, the runaway platform that has created a vast new market by unlocking huge amounts of new inventory – reportedly to be as high as 35,000 rental rooms in Australia.

These days just railing against the sharing economy has become increasingly futile. According to the TAA, the real reason it’s hitting the campaign trail is to try and educate regulators and policy makers that it’s not friendly home owners and long-term tenants who are eating up their bookings.

Rather, it’s a new class of fly-by-night commercial property investor selling big numbers of short term rentals into the market on the back of regulatory arbitrage.

Much of the debate around the impact of Airbnb has so far been largely characterised by the notion that established hotels, motels and resorts are being displaced by owner occupiers who are ‘sharing’ their properties while they’re away on travel or overnighting at a friend’s to make a bit of extra cash.

A significant amount the fuel for the sharing explosion appears to be the boom in new apartment stock hitting the market in major Australian cities that are being quickly snapped up by investors — often from overseas — looking for strong capital gains against the background of record low interest rates and high risks abroad.

In cities with overheated property markets like Sydney, concerns have been escalating among resident apartment owners, councils, fire authorities and strata committees that occupancy limits are being increasing flouted in the chase for fat yields paid in cash.

The TAA’s Australian campaign also has echoes of a US video campaign on YouTube that heavily lampoons the potential losses for property investors there cashing-in on Airbnb.

The chairman of the TAA –  former Federal Tourism Minister Martin Ferguson – says there’s now “an urgent need for governments to address the issue” not least to ensure that both guests and legitimate operators are protected.

Importantly, the TAA isn’t calling for an outright ban on commercial short term apartment letting; rather, it wants lessors to be registered and regulated as well as having to comply with a range of standards incumbent on existing declared commercial suppliers that are intended to protect customers and maintain standards.

“We are not against the ‘sharing’ economy, but we are opposed to the ‘taking’ economy, where unregulated commercial short-term accommodation providers take lots of money without meeting their obligations to guests, the community and the wider economy, Mr Ferguson said.

“TAA has no issue with new entrants who meet their regulatory requirements, but we do not believe that non-compliant accommodation providers should be allowed to ignore the rules set down to protect travellers and legitimate operators.”

One compromise measure the lobby group is overtly agitating for on the legal and regulatory front is the creation of a specific new class of accommodation to cover “the letting out of individual rooms by non-resident commercial landlords” which TTA argues has to be “separately classified to permit application of any relevant agreed regulation, to differentiate from commercial accommodation.”

An example TTA cites is that some appropriate properties could be “classified as ‘special residential’, with a distinct and separate category for ‘short stay’ commercial accommodation.”

While such laws would undoubtedly hit the hip pockets of shonks if and when they are busted, it may also present an opportunity for established tourism and accommodation industry providers to grab a slice of a lucrative new market that sits somewhere between the hotel/motel sector and hostels.

A major market segment that Airbnb has successfully tapped into is accommodation for travelling families for whom the cost of a hotel room or serviced apartment might otherwise be prohibitive.

Family based tourism experiences are a big and lucrative drawcard for destination marketers  because they typically inject far more money into the tourism sector than individuals or couples – if families can find an affordable place to stay.

Councils and local governments, which benefit from commercial rates and licences from tourism operators, are at the heart of the regulatory changes the TAA is calling for, not least because they are usually the legal authority that can clamp down on rogue operators.

Mr Ferguson said that while city authorities overseas were “beginning to crackdown on non-compliant accommodation” Australian councils still “found it difficult to act on breaches, despite the operators clearly contravening building code and development consents.”

“This can potentially threaten the validity of insurance policies for both the property owner and – in the case of an apartment block – all unit owners in the building,” he said.

To remedy that problem, the TAA wants new nationally applicable  model legislation to be introduced by “Federal, State and Territory governments that would require the registration of accommodation that are let on a commercial short term basis by individuals and companies.”

The group is pointing to legal changes in San Francisco and Portland where it says new rental laws have this year legalised short term rentals by requiring “hosts to register and obtain a city business license.”

The changes mean that short-term rentals are supposed to be listed and tracked by the city in a registry and also required to carry liability insurance with a minimum $500,000 in coverage.

But despite those changes, TAA says “less than 10 per cent of all hosts have registered reinforcing the issues around the legality of short term accommodation.”

“One of the key issues that has been identified overseas is that what began as a platform for homeowners with spare rooms to make a bit of pocket money on the side, is becoming overrun with property entrepreneurs looking for lucrative short term gains,” TAA said.