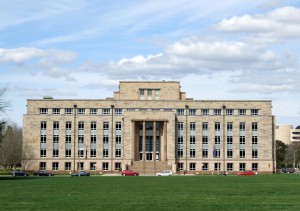 The head of the Department of Finance, Jane Halton, has confirmed a looming shake-up of how the federal government uses technology to deliver services is likely to result in some of her department’s functions being grabbed by the newly minted Digital Transformation Office (DTO) under Communications Minister Malcolm Turnbull’s portfolio.

The concession that Finance is soon expected relinquish parts of its existing suite of roles as government technology overseer has fuelled growing expectations that a top-down overhaul of how federal agencies harness customer facing IT is now being planned into this year’s Budget, with sweeping changes similar to those now underway in New South Wales and the United Kingdom the favoured approach.

While details and specifics surrounding the creation of the DTO remain scant — including who will head it and what powers it will have — its creation represents a firm shift to propel innovation and technology much further up the policy agenda and away from a back office procurement mindset.

“We were part of the group of departments that came together to give integrated advice to the government about the need to have a whole-of-government focus from an IT and particularly from a customer facing perspective,” Ms Halton told a Senate Estimates hearing last week in response the questions from Senator Kate Lundy on the creation of the Digital Transformation Office.

Boundaries and demarcation lines over how Canberra manages its sprawling $5 billion IT estate have been a source of frustration for both customers and users for more than a decade, especially as consumers increasingly demand easy to use online interfaces now common in banks and other businesses.

A major problem for Commonwealth agencies is that for as long as Finance has housed whole-of-government technology procurement, it has proven intractably difficult for successive ministers and department heads alike to create a policy champion able to effectively advocate and execute on the need for change and consistency at an holistic level.

The Communications portfolio previously housed an information technology policy function under its Howard era incarnation as the Department of Communications, Information Technology and the Arts (DCITA) which included the National Office of the Information Economy (NOIE).

Abolished by the Howard government in 2004, NOIE’s government tech functions were then dispatched to the Department of Finance under the Australian Government Information Office — which then sometimes conspicuously struggled to get cross agency support for its endeavours.

A particular roadblock was the maligned Gershon Review of government IT that cut IT budgets through a mandate to return savings of around $1 billion. That saving included around $450 million pledged towards a public sector IT innovation fund, but it subsequently snatched by Treasury leaving agencies with a straight up-cut.

Many agencies were also deeply frustrated by the Gershon Review’s conservative world view of so called ‘enterprise’ technology and the report ultimately failed to pick two of the biggest disruptive phenomena coming just around the corner: cloud computing and mobile computing.

But while federal frustrations over demarcation simmered away, Australian state governments, particularly NSW under the O’Farrell and later Baird regimes, started to generate conspicuous technology successes around service delivery and procurement reforms that at least in part drew on lessons meted out by the UK Cabinet Office.

Those lessons included the opening up of government data holdings to allow third party developers to come up with solutions, a more consistent online user interface across government and enabling far more customer transactions to be securely accessed and enabled over the web.

Malcolm Turnbull’s own explanation of what the new DTO will be points to a more policy setting far more focused on delivering tangible improvements right across the government.

“The DTO has been established so that agencies can adopt a coordinated, whole-of-government approach to service delivery, moving beyond the current model of agencies operating in silos,” Mr Turnbull’s site says.

“We will implement government services that are reusable and interconnected, with platforms that can be leveraged across agencies and shared by everyone.”

Tellingly, it notes that while Finance keeps its procurement functions “Government agencies will retain responsibility for ICT investment decisions that do not relate to citizen focused digital service delivery.”

Given the patchy track record to date the Mr Turnbull notes on his site has produced a level of digital progress “from one agency to the next [that] is inconsistent” Finance and Ms Halton may just be relieved to relinquish the role of technology cat-herder-in-chief to more ambitious ministers.