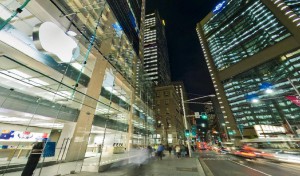 Multinational information technology vendors selling into Australia’s $5 billion a year federal government IT market should be required to ring-up sales through their locally registered offices instead of buying licences indirectly from tax havens like Singapore and Ireland.

That’s just one of the ideas understood to have been floated as an option as part of a suite of tax integrity crackdown measures being considered by federal policymakers ahead of the forthcoming Budget as speculation over what new revenue protection measures will flow intensifies.

It’s a small sting in the scheme of all things Budget, but one which could fundamentally reshape the way Canberra, the states and local councils do business with tech giants like Microsoft, Oracle, SAP and IBM.

Two well-placed local technology industry sources have confirmed the idea has been quietly floated with bureaucrats and politicians to highlight what some parts of Australian industry believe is an unfair commercial advantage held by international companies over local providers and developers.

One technology executive that sells into the public sector, who spoke on condition of anonymity, said there was a growing view the government needs to look into its own backyard if it was serious about clawing back money from profit shifting.

Software and hardware companies headquartered overseas have for decades been able to generate bills to government that are payable to offshore entities, despite the same companies running large onshore sales, marketing and support operations as a highly effective and legal means of reducing the amount of tax they pay on sales effectively generated in Australia.

The logic behind the idea of enforcing localised billing is that although the federal government can’t dictate where and how businesses or individuals buy their software and tech services from, what it can do is firmly direct its own agencies — through procurement rules and requirements — to not buy from tax havens when it comes to spending taxpayer’s money.

It could mean a massive headache for major technology suppliers– but it’s not exactly a new tactic.

So called ‘buy local’ directives for some industries supplying governments have been in place for decades, most notably in the automotive sector.

In that sector the procurement rules have effectively outlived the market in which they operate. The federal Department of Finance still requires agency fleet purchasers to buy Australian manufactured cars from Holden, Ford and Toyota even though all three companies are winding up local manufacturing.

Now, as information technology increasingly forms the systemic backbone of government some Australian suppliers are known to be actively questioning and agitating over why products and services they sell to governments here incur far higher tax takes than that of their competitors overseas.

It’s not all plan sailing. Although there is broad consensus that Australian suppliers to government pay more tax than many of their their overseas competitors, some suppliers, especially value added resellers, cautioned that the Australia’s IT ‘ecosystem’ is more delicate and complicated than many appreciate.

An example cited by two vendors who didn’t want to be named is that requiring local licensing could actually disadvantage resellers, particularly those who partner with international software companies to sell locally customised solutions.

It was suggested that if buying license locally became a requirement costs could go up for the reseller and purchaser alike, reducing the competitiveness of local solutions. Suppliers might also cut local sales jobs.

“You’d want to look seriously at the value for taxpayer’s money spent [versus] the revenue cost,” said a senior sales executive who had worked across several public sector and ERP database accounts and implementations.

“Australia is actually an expensive market to sell into because of bidding requirements and compliance costs. Sometimes it’s the last man standing that gets the deal. There are easier places to make money.”

That may well be, but the Department of Finance hasn’t exactly been sitting still in terms of its comparative price monitoring.

In 2012 Finance put up a submission that noted Microsoft’s local software price tag, even after a volume sourcing arrangement, was up by half compared to other government purchasers overseas:

Also feeding into the value for money and efficiency mix is an official investigation by Finance into how Canberra buys Enterprise Resource Planning (ERP) systems such as those typically sold by Oracle and SAP that was kicked off in September 2013.

“In a fiscally constrained environment, government investment must be smarter, and more innovative. This Project is an opportunity to undertake a whole-of-government analysis of ERP systems, to determine a strategic approach for the medium to long term,” documents released by Finance to industry about the investigation.

While the report from the ERP investigation is slated for release in 2015, it is still yet to be published.

The Canberra Times reported this week that Finance has indicated the date of the release will be mid-2015 and quoted the head of the Employment Department’s Shared Services, Centre Delaine Wilson, as saying that “significant work” had been done to reduce more than 200 ERP systems across the federal government.

The way in which software is supplied to government, and widespread changes to its licensing, could also be in the Budget mix after Treasurer Joe Hockey suggested “intangibles” like media and content downloads from overseas should be subject to GST – or a so-called Netflix tax.

The Treasurer’s comments and position, which both appears to have the backing of the states, are certain to create work for multinational tax lawyers in the software sector because much of the industry has already moved from a one-off purchase price plus annualised maintenance fees to a Software-as-a-Service (SaaS) model where customers pay what is effectively an annual or monthly subscription.

That model could potentially put business and enterprise software in the frame for GST should new legislation by passed.

Government departments and councils are particularly keen on the SaaS model because it actively negates big infrastructure overheads, support costs and the need for constant and costly upgrades when new versions become available.

Mr Hockey has said he will work with the states — to whom the GST flows – as quickly as possible to get legislation on taxing intangibles introduced.