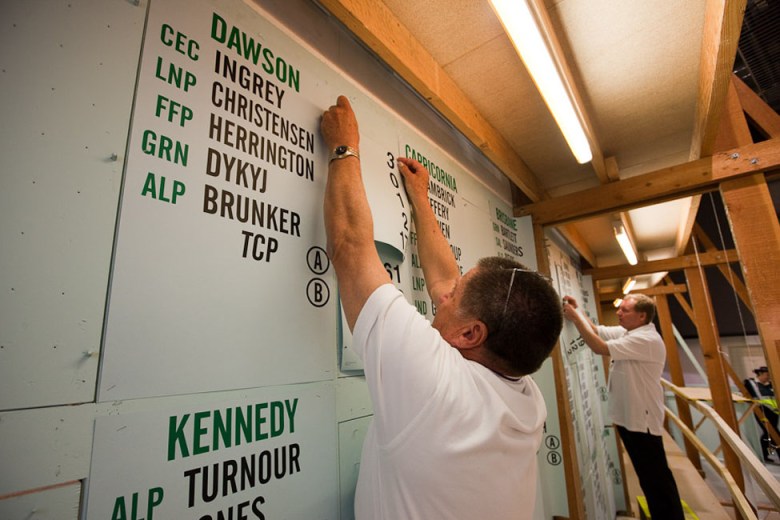 A change in the political leadership of government is often a time of high anxiety for public servants. Although it is unlikely that they will lose their jobs, it is still a time when the relationships and goodwill built up with the previous government may suddenly evaporate. As Australia heads towards a Federal Election, what do government leaders need to think about to prepare for a potential new minister or a new government or simply new policies, depending on the outcome?

Every organisation gets a change in leadership from time to time. Things that make government different from other industries include:

•    Governments have fixed time periods in which this may occur and a means of making this happen — elections.
•    Only in government do the customers pick the top management, at least in a democracy.

While Gartner’s advice here is directed at CIOs and other technology executives in government agencies, the same can be said of other business functions within departments.

The good news for democratically elected governments like Australia’s is that transitions from one set of government leaders to another are usually done in an orderly manner at a known point in time.

The bad news is that, when new governments take over, their goals and objectives (political agenda) may be radically different from the previous regime and may hold little loyalty to the initiatives or organisation that they are inheriting.

In addition, when this change of government occurs, the immediate focus is on the leadership of the cabinet and initial major initiatives to be undertaken. IT issues often get little attention until several months into a new government, if then.

For those in the civil service awaiting new leadership, the interregnum represents a frustrating period while everyone waits to see which projects will be supported, who the new IT executives will be, and how much time will be spent bringing the new leadership up to speed on the issues.

This lack of focus on IT is, in part, driven by the fact that many government executives see IT as simply infrastructure or, worse, a necessary and expensive evil rather than an enabler.

The IT organisation itself is often culpable for the lack of attention paid to it because IT leaders in government spend too little time understanding the business need and value for IT and too much time talking about IT itself. It’s a certain turnoff for a new government, rather than linking initiatives to the desired outcomes of the business of government.

As a result of an election, new political leaders start a transition process to understand what they are inheriting to decide what changes to make as the government is formed. The incoming head of government will often seek input about personnel and issues that have to be addressed early in the term of the new government.

To assist in this process and to support budgetary analysis, civil servants often asked to prepare a report describing the status of personnel, spending and projects. This is the first opportunity for IT management to persuade the new government about changes that have to be made to meet the new agenda. It’s also the time when most of these opportunities are squandered. Doing this well helps smooth the transition. Doing it poorly creates more challenges.

Transition hurdles for IT

Too often this data-gathering exercise it is not as useful as it could be because the report to the new government is badly done. This is especially true for IT organisations. The natural tendency is to want to produce a transition report that is excessively comprehensive and unfocused. Resist this temptation, lest it create a document that no one will read or undermine your credibility with new government leaders.

Following are the primary reasons these reports don’t accomplish all they can:

•    Authors see it as the first and best opportunity to list and brag about every project they have under way.
•    It is a list of activities with technical jargon and indecipherable acronyms, with little reference to the business value of why they are being done.
•    They lack candour about projects that are actually in trouble and should probably be scrapped.
•    They make the IT organisation sound heroic, supposedly accomplishing more than sufficient resources will allow.
•    They are politically insensitive – they inherently assume that everything the old government was doing will be of value to the new government, and campaign promises of the new government are ignored in this process.
•    The aforementioned takes far too many pages for the time and resource constrained new government team to absorb, filter and distil into what is most important.
•    Incoming government leaders often have a poor understanding of technology, fear even discussing it and, thus, do not grasp the importance of issues in the report.

The result of a poor transition report is that nothing is done with it until the IT leadership is formally appointed, usually in the second or third wave of new government leaders.

Incoming governments replacing one of a different political party are often instinctively distrustful, sometimes appropriately. Transition reports are usually not intended to become public documents or subject to freedom-of-information laws.

The incoming government wants to get the data it needs to hit the ground running and not be blindsided by unforeseen issues. In some cases, however, these reports are part of carefully camouflaged witch hunts, intended to seek out those who are disloyal. Do what you can to understand the motives of a requested report, but assume that, at some point, what you have written will become a public document.

Government IT organisations must evolve

As more governments seek to reduce IT infrastructure costs and improve the effectiveness of the use of IT in providing services to stakeholders, government IT organisations must evolve. They need to know how IT moves from a reactive support role to a more proactive one, enabling a transformation of government services. IT leaders must be cognisant of the aptitude and ambitions of the political and business leadership to change the way that government is led.

The role of IT must evolve as government leaders seek to move toward more holistic and responsive citizen-centric government.

Failure of the IT organisation to keep pace with these expectations — or by being too aggressive and exceeding the amount of change the political leadership is willing and able to absorb — is usually the beginning of the end for the CIO and results in a loss of credibility for the IT organisation.

A fundamental tension that will arise early in the change of government is how much IT governance authority and operational responsibility should be given to a centralised enterprise CIO versus the roles and responsibilities of the operating departments that depend on IT and their own IT capabilities.

This conflict is still quite common in government and, even if it has already been settled, may re-emerge following a change in government.

As Australia heads towards an election, whether or not you believe there will be a change in government or even just a new minister for the portfolio, it pays to prepare.

To maximise your success in the change (establishing credibility, contributing to long- and short-term goals, and so on), you’ll first need to know two things about the new leaders: their publicly stated goals and objectives, and the type of political leaders they are.

These are critical inputs to preparing for change. A failure to understand them can lead to a missed opportunity at best or, at worst, a damaging loss of credibility for the IT organisation and leadership.

*John Kost is group vice president of the CIO research group at technology research and advisory firm Gartner.  He spent 20 years in the public sector and became the first state CIO in the United States (1992-1996) in the state of Michigan. John is internationally renowned for his work in government information technology management and procurement reform.