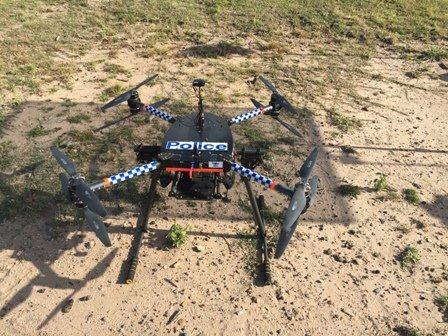 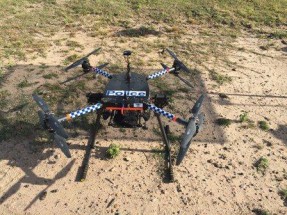 The use of drones and remotely piloted aircraft by law enforcement has been largely dominated by their unpopular surveillance and monitoring capabilities, but Queensland Police are now putting the devices in the field to collect forensic evidence from crime scenes and accidents.

The Sunshine State’s police force has revealed it has deployed to new aircraft to the Photographics Section of its Forensic Services Group to record still photographs, videos and 3D image mapping to deal with more challenging locations like rooftops, cliffs and large expanses of space.

According to Queensland’s Police Minister, Jo-Ann Miller, the deployment of the aircraft is an Australian first for a forensics unit who are tasked with collecting evidence to put before the courts.

And while the cost of $23,000 for the two units – one with eight rotors and one with four rotors –might seem like an expensive price tag, it represents a peppercorn investment compared to the cost and difficulty of deploying helicopters or fixed wing aircraft to get a view from above.

A major issue for police helicopters, aside from cost, is that their size makes it difficult to safely get in close to crime scenes, while the backwash from their rotors while hovering can disturb vital evidence if they are too near.

“These new drones will offer investigators the opportunity to record a comprehensive aerial overview of crime scenes – something that they haven’t been able to do before now,” Ms Miller said.

“The images the drones can capture will be invaluable when it comes to presenting evidence in court.”

According to Queensland Police, the use of remotely piloted aircraft has been under investigation as far back as 2010 and formal approval for their use was granted by the federal Civil Aviation Safety Authority in December 2013.

The regulation and licensing of drones is a major issue for aviation regulators because their increasing height capability, power and speed can pose serious safety risks to other aircraft and people and property on the ground in the event of a crash.

Bird strike can also be a potential problem, especially when aggressive or predatory species take umbrage to the airborne invaders and potentially down them in retaliation for getting to close to nests.

The man having to deal with those challenges is Sergeant Clint Hanson, completed CASA training as an RPA operator in December 2014 and gets to fly the new high-end toys that are made carbon fibre to keep their weight down.

According to Queensland Police their new drone’s first deployment was to help investigators following a fatal house fire in the Brisbane suburb of Beenleigh in April 2015.