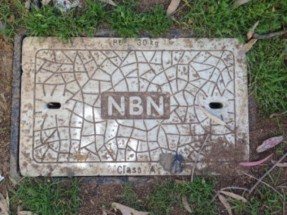 Communications Minister Mitch Fifield has dropped the strongest hint yet that policy settings surrounding Australia’s technology industry and research and development sectors are facing an overhaul to sharply refocus the efforts of government, education and business to boost Australia’s waning productivity through digital innovation.

Speaking at the CommsDay nbn forum in Sydney, Mr Fifield pressed home the message that under the Turnbull government, the digital economy had returned to the front and centre of stimulating economic activity and new industries, with the nbn being the underpinning infrastructure.

In a curtain raiser to what many anticipate will be a major shake-up of tech-related funding and policy initiatives – most likely through December’s Innovation Statement and flowing into next year’s Budget – Mr Fifield said the Turnbull government would “be launching its innovation package in the coming months, which will include measures to encourage stronger links between business and the research sector, and more support for start-ups.”

“Our Prime Minister Malcolm Turnbull has been talking a lot about innovation, in fact most Ministers are thinking about changing their middle names by deed poll to “innovation” to get with the zeitgeist, and there’s no doubt the nbn will be a key facilitator for innovation in the nation, the nbn in a sense will be the sinews of the economy,” Mr Fifield quipped. 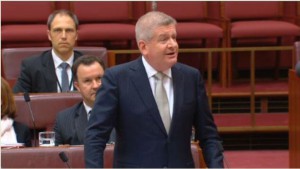 The future of the nbn – a project that had been the centrepiece of Labor’s efforts to differentiate itself from the Coalition as more forward looking in terms of future economic development – has been a source of intense interest to the business community and other jurisdictions since the change in leadership.

While the Turnbull government has maintained its commitment to the so-called multi-technology-mix for the massive rollout, the Prime Minister’s repeated statements about Australia becoming an ‘agile’ economy have elevated expectations that portfolios outside Communications will imminently need to factor-in technological disruption to their future plans as a matter of course.

While Mr Turnbull’s Digital Transformation Office for government got an obligatory mention, some of the biggest shifts towards digital-aware policy are anticipated to come from portfolios dealing with transport, energy and the environment because of the interplay between the automated ‘smart’ devices – like driverless cars and trains – to energy saving and renewable technologies ranging from solar battery arrays to smart buildings.

The Turnbull government has also started sending strong signals it wants the productive applications of the nbn to be realised much faster to create economic renewal to offset declining industries like mining, automotive manufacturing and other heavy industry like steel making.

“Ubiquitous, high-speed broadband is a key productivity input. And as such, the nbn will be a critical bedrock of our innovation agenda,” Mr Fifield said.

“To produce the next generations of innovators, entrepreneurs and creatives, we need high-speed broadband.”

A key frustration surrounding the nbn for many businesses and industry groups over the years has been a tendency by the leadership of both major parties to predominantly view the project through the prism of a telecommunications infrastructure upgrade that will self-generate benefits   rather than putting spadework into wider policies to better distribute and accelerate its payoff.

Having reshaped the massive plumbing project to include both former pay television HFC cable and copper running from Fibre-to-the-Node (FttN) from largely Fibre-to-the-Premise, the man who replaced Mr Turnbull was leaving the door firmly ajar to incorporating new developments if and as they arise.

“We expect that nbn will continue to review its practices and choose the most economical and time-saving technology option for a given area.”

However the Communications Minister cautioned that getting more broadband out faster and cheaper was not without risks, cautioning that “the nbn risk profile is sobering.”

“Speaking frankly, the job remains tough because there is still a lot that can go wrong”.

“Obviously the big unknown right now is scaling up FTTN and HFC. The company has learned much from the FTTN construction pilots already completed and I understand there is growing confidence among delivery partners in meeting the construction timetable,” Mr Fifield said, adding “a similar learning process will be needed for HFC.”

The thinking behind return of the Arts ministry to the Communications Minister’s umbrella portfolio after a brief stint under the Attorney General also got an airing.

“I think the rationale was that Communications needed a bit of funking up,” Mr Fifield said before quipping that he was “greatly heartened” that audience member and former Communications and Arts Minister Michael Lee had not developed an “obvious twitch” because of his portfolio duties.

“That’s something that I’m relieved about,” Mr Fifield said before adding “because when you’ve been in a portfolio for a period of time it can have an effect on you.”

One thought on “Fifield hints at tech policy rethink”