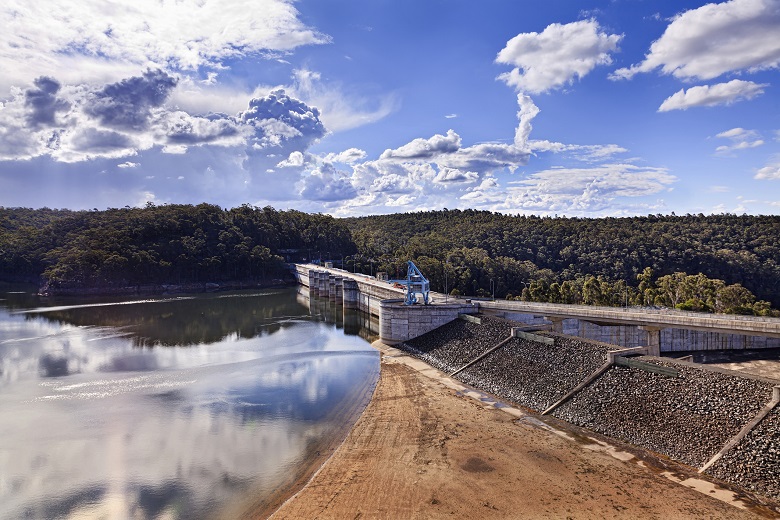 Questions have been raised about the engineering firm contracted to assess the case for raising Warragamba Dam.

Questions have been raised about an Australian engineering firm contracted by the NSW government to assess the case for raising Warragamba Dam’s walls in relation to allegations of abuses and misconduct overseas.

The NSW government wants to raise the dam wall by 14 metres  to mitigate the risk of downstream flooding, but fears have been voiced about the environmental and heritage impact such a move would have.

In July, the UN’s World Heritage Committee noted concerns that raising the walls could increase the frequency and extent of flooding in the World Heritage-listed Blue Mountains and requested that an environmental impact statement be submitted to the committee before any final decisions were made.

In a submission the NSW Upper House inquiry on Thursday, the Rivers Without Boundaries International Coalition said consultant Snowy Mountains Engineering Corp (SMEC), which was engaged to undertake environmental and cultural assessments of the dam raising project, had a history of abusing indigenous rights in assessing dams projects in Southeast Asia, Mongolia and Africa.

A spokeswoman for SMEC told Government News the overseas projects were conducted by SMEC International, another subsidiary of SMEC Australia’s parent company, and said the company maintained high professional standards in its assessments.

Consultations have been “entirely insufficient”

In 2015, SMEC faced controversy for undertaking an environmental and social impact assessment for a Dam in Myanmar, which has been predicted to eventually displace approximately 300,000 indigenous people, the RwB submission says.

The submission cites local activists from Myanmar saying that SMEC’s consultations have been “entirely insufficient”.

“The first consultation was only two hours. You cannot discuss anything in two hours. And they announced this consultation via a tiny ad in one of the last pages of the newspaper,” local activists have said.

In 2013, SMEC faced criticism for its involvement for another  project in Laos which opponents said would  threatens Mekong fisheries, according to the submission.

“The construction of the dam has further driven poverty and environmental degradation in an area that is highly sensitive to such impacts,” the submission said.

“SMEC did not ensure adequate consultation for populations affected by the project, including those in Cambodia.”

In 2003, SMEC was tasked with conducting site investigations and supervising construction of a hydro power project on the Zavkhan river in the western area of Mongolia, the sole source of water for families of indigenous nomadic herders in the area, the submission said.

“According to local officials and community elders the herders were severely affected by losses of large portions of their herds while dam was filling in 2007-2015,” the submission said.

The firm has also been accused of bribery and corruption, the submission says. In 2017, it was prohibited from working in development and aid projects in Sri Lanka, India and Bangladesh by the World Bank.

The Australian Federal Police raided its office to investigate claims that staff allegedly bribed officials to secure a $2.3 million aid-funded sewerage project in Sri Lanka and a $2.2 million power plant project in Bangladesh.

Dr Eugene Simonov from RwB said SMEC has been “hiding behind” the developers that it receives consulting work from.

“SMEC Engineering has been enabling destructive water infrastructure projects all around the world and has rarely been kept accountable because poor governance systems and suppression of civil society in most countries of operation,” he said in a statement.

In another submission to inquiry, archeologist Dr Michael Scarp described the cultural assessment as “flawed and inadequate”.

“Overall, the report does not meet the requirements of Best Practice Cultural Heritage Management. The survey strategy is flawed,” Dr Scarp said.

The SMEC spokeswoman said SMEC Australia was separate from SMEC International, which undertook the overseas projects.

She said SMEC International had a strong track record of supplying projects that proved long term water supply for communities and denied the company did not undertake adequate consultation.

She also stressed the World Bank’s inquiry into SMEC’s international subsidiary was a completely separate matter to Warragamba Dam.

The spokeswoman said SMEC Australia’s draft Aboriginal Cultural Heritage Assessment report had been prepared with input from a specialist with expertise form the Aboriginal community and undertaken in accordance with leglisative regulations and guidelines.

“Regular and ongoing consultation with Aboriginal communities has been undertaken,”  the spokeswoman said.

*Story has been updated with comments from SMEC.