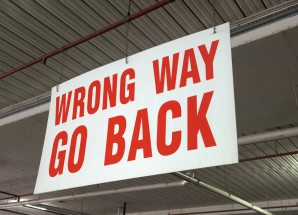 Queensland’s state public service as well as its 77 local governments have been put on notice that the recently elected Palaszczuk government will legislate to tear-up controversial industrial relations reforms across the public sector instigated by the former Newman government.

The Sunshine State’s Treasurer, Minister for Employment and Industrial Relations, Curtis Pitt, on Thursday warned councils that “bargaining on outstanding EBAs [enterprise bargaining agreements] should be suspended until the legislative amendments are made.”

However the peak group representing councils as employers, the Local Government Association of Queensland has immediately raised the potential for job losses at councils if labour costs rise under the rollback of the existing laws.

“Councils have an obligation to balance their budgets and act in the best interests of ratepayers as well as their workforces,’’ LGAQ chief executive Greg Hallam said.

“We will always work to avoid job losses but achieving this goal depends on how much these changes add to the local government wages bill.’’

The speed of public service cuts and coupled with aggressive industrial relations reforms that removed job security and a slew of conditions as well as the contracting out or selling off of government work is regarded as a key contributor to the Newman government’s unprecedented electoral pounding and loss of office that snowballed federally into a failed attempt at spill motion to unseat Prime Minister Tony Abbott.

However with just a single term in office, any lasting impact of the LNP’s attempt to reshape the public sector’s industrial landscape could be almost as short lived as the Newman government itself as Labor moves to unwind key measures.

Mr Pitt said the LNP’s changes “fundamentally altered the framework of negotiations to remove enterprise bargaining as the core of our system.”

“They reduced job security and created a climate of uncertainty in workplaces throughout the State,” he said, adding that the present laws have “made it harder – near impossible – to bargain in good faith to maintain or expand many of the features of existing enterprise bargaining agreements.”

• Protections against the contracting out of government services;

• Restoring immediate right of entry provisions for WHS permit holders where there are suspected safety concerns;

• Restoring the independence of the Queensland Industrial Relations Commission;

• Re-establishing the Electrical Safety Commission; and

Just how far some of those measures go is open to debate.

Informed sources suggested on Thursday night that a hardline stance against any outsourcing or contracting to appease an number of unions may not be workable in reality because of cost increases and difficulty of hiring or rehiring of specialist staff.

There could also be complications in areas which have bipartisan support at the federal level as well, like the rollout of the National Disability Insurance Scheme which has at its core the transfer of services from the public sector to not for profits or specialist private providers.

Notwithstanding problems, Mr Pitt is holding fast with the rhetoric.

“These changes are necessary because Campbell Newman’s attacks on Queensland workers were so extreme and unfair, attacking the day-to-day conditions and take-home pay of hardworking Queenslanders,” he said.

“The award modernisation process will recommence in the second half of 2015, once the IR legislation is amended and awards already ‘modernised’ will be re-made to allow for new bargaining to commence,” Mr Pitt said.