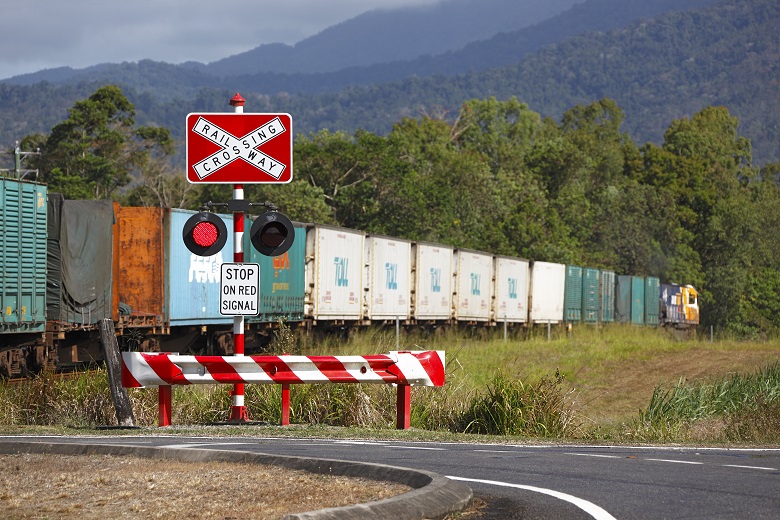 Inland Rail will upgrade 1,100km of existing rail line and build 600km of new track between Melbourne and Brisbane.

Early unpublished results from a CSIRO analysis suggest that shifting freight from road to an Inland Rail could save around $170 million in transport costs a year.

A CSIRO analysis suggests that shifting freight from road to an Inland Rail could save around $170 million in transport costs a year.

The proposed $15 billion, 1,700km inland rail, Australia’s largest freight rail infrastructure project, would see a rail connection running across Victoria, NSW and Queensland between the ports of Melbourne and Brisbane.

CSIRO senior principal scientist Dr Andrew Higgins is leading a CSIRO project to map freight supply chains for 140 commodities to work out potential cost reductions and other benefits and impacts of an Inland Rail.

He says the figure was worked out using the TraNSIT logistics analysis tool that was developed to to crunch large infrastructure projects, and is based on commodities currently in transit that had a cost reduction when shifted from road to rail.

“We use a tool called the Transport Network Strategic Investment Tool that enables us to pick out the existing routes and do a comparison telling us what the transport cost reduction is,” he told Government News.

While full results are yet to be released Dr Higgins says results so far indicate an average transport cost reduction of 39 per cent if Inland Rail is used for part of the journey and potential cost reductions of 44 per cent freight travelling the full length of the rail.

“The actual cost reduction is very much route dependent,” Dr Higgins said. “It also depends on where your origin is, so if you have to do a large detour to get onto a rail loading point then your cost reduction is going to be less.”

The government has used the results to argue the benefits of project.

“The report recognises businesses as far as Townsville, Perth and Launceston would have the potential to expect a 44 per cent reduction in their transport costs when switching to Inland Rail,” finance minister Simon Birmingham said.

“Equally, existing rail-based supply chains are estimated to see an annual cost reduction of around $21 million when shifting at least part of their route to Inland Rail between Melbourne and Brisbane.”

Local government minister Mark Coulton said the study should be a green light for industry to start planning.

“Heavier, faster freight trains will divert non-bulk products from roads and provide the competitive edge regional Australia has been calling for,” he said.

Full results to be released soon

Full results of the CSIRO rail supply chain mapping study will be released in coming months.

“The full report will show a breakdown by commodity and by route, will show a number of different sensibility analyses around the inputs as well such as your backloading, stacking and fuel costs,” Dr Higgins said.

“We’ll be able to show where across the landscape the benefits might be and how an Inland Rail will impact road transport in terms of changing freight flow along the road run network.”

The Inland Rail is divided into 13 projects. The first section from Parkes to Narromine, which involved upgrading 98 km of existing corridor and building 5.3 km of new rail, was completed in 2020.

Construction has also started on the Narrabri to North Star section.

A number of other sections are going through the EIS process.

The Inland Rail is being delivered by the Australian Rail Track Corporation and is scheduled for completion in 2026.