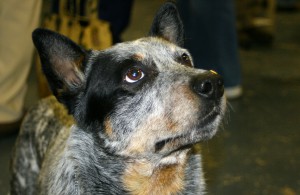 Few things ring-up dollars for state governments and local councils like licence fees and permits for everything from owning a pet to driving a car, but in New South Wales the Baird government has vowed a crackdown on $2.8 billion-a-year market in red tape.

Just months after revealing it will move driver’s licenses to a digital credential on a smartphone the state’s Minister for Innovation and Better Regulation, Victor Dominello, has vowed to reassess every one of the state’s 769 licences now issued to determine which ones can be turfed in the name of simplicity.

It’s a business so big that it accounts for around 5 per cent of the state’s budget according to data released by the NSW government this week.

The problem, apart from the impost on businesses and citizens, is that the greater the complexity and proliferation of the system, the less efficient the collection of money for the government becomes.

Mr Dominello said the government will “review and reform the top 40 licences” based on how many are issued and the money they bring in ranging from the registration of heavy vehicles to fishing permits and home building licences.

“Those that cannot demonstrate a strong public policy rationale will be removed,” Mr Dominello said.

The move follows the delivery to the government of a final report from the state’s pricing watchdog, the Independent Pricing and Regulatory Tribunal (IPART) that paints a dizzying picture of the sheer amount of regulatory paperwork now clogging the arteries of business and government.

The state’s 152 councils are clearly in the frame for a spring clean with the IPART report finding that local governments now have a staggering 1.004 million licences in force that cover everything from owning a dog to lopping trees and do-it-yourself home renovations.

“Overly onerous licensing restrictions result in unnecessary regulatory costs that may deter businesses from investing in NSW, and that is why the government commissioned IPART to conduct a root and branch review of all licence categories across the state to ensure they are fit for purpose and responsive to trends in technology and digital government,” Mr Dominello said.

The usefulness and purpose of licences will also be reviewed every 10n years.

While the government isn’t shouting it out, an obvious motivation to audit the purpose and effectiveness of licences is that as they proliferate, the cost of administration and paperwork increases sharply and eats into the sate’s financial warchest.

It also depletes the valuable financial margin that governments local and state often seek to derive by imposing licence requirements as a form of revenue raising on instruments such as residential parking permits.

However IPART has also taken a less than subtle dig at the role of the business community – a key complainant on the burden of red tape – for having an each-way bet on rules when it suits them.

“The large number of licences in NSW reflects the complexity of society – including the increasing range of activities, goods and services in the economy,” IPART said in its report.

“To some extent, it may also reflect a culture of licensing amongst regulators, and a desire by some businesses to have their industry licensed to limit entry.”