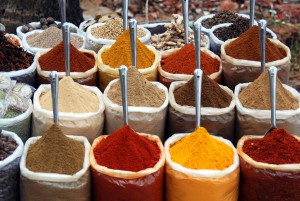 The New South Wales Government has conspicuously backed the creation of a national Digital Marketplace to act as a quick service procurement hub to supply local, state and federal government customers seeking to deploy new digital and online products and services across the public sector.

The support for new Digital Marketplace opens the door – for the first time – to a nationally harmonized framework for digital services procurement that would allow all three tiers of government to access each other’s pre-approved supplier bases and pricing.

The creation of a national, interoperable and consistent purchasing mechanism would be a major step forward for government clients and industry because it could rationalise the present tangled and expensive myriad of purchasing requirements into a simplified one-stop-shop for digital products and services.

The backing by NSW for a national platform follows the announcement last week by the federally funded Digital Transformation Office that it has now secured $15 million in funding to rapidly build a prototype Digital Marketplace, with a public beta version set for public release by the end of the year.

“The NSW Government has discussed the Digital Marketplace concept with the Digital Transformation Office during its development phase, and supports the creation of the national marketplace,” a spokesperson for NSW Minister for Innovation and Better Regulation, Vic Dominello told Government News.

“The NSW Government’s ICT Services Scheme already covers some of the categories intended by the DTO Digital Marketplace.”

In terms of procurement reform and flexibility, NSW has for the last three years taken an overt and strong stand on removing obstacles for industry including the rollback of onerous and highly prescriptive tendering requirements for technology products and services.

The state’s Minister for Finance, Services and Property, Dominic Perrottet has also persistently championed a contestable and open approach to the state’s pre-approved supplier base and pricing by offering access to other states, Canberra and councils.

The NSW approach – particularly the removal of requirements to tender for each and every piece of government work – has been credited with reinvigorating the participation of small businesses supplying government.

According to Mr Dominello’s office, the number of small and medium enterprises participating in the NSW Government’s ICT Services Scheme has leapt from 260 in June 2014 to over 1,600 at last count.

That approach is now likely to be at least partly mirrored in Canberra as federal agencies increasingly shift towards making public and business transactions with them primarily digital, including the creation of a new, user friendly and standardised look and feel for government websites that will now need to meet a Digital Service Standard which the DTO says “ensures that services delivered online are simple, fast and easy to use.”