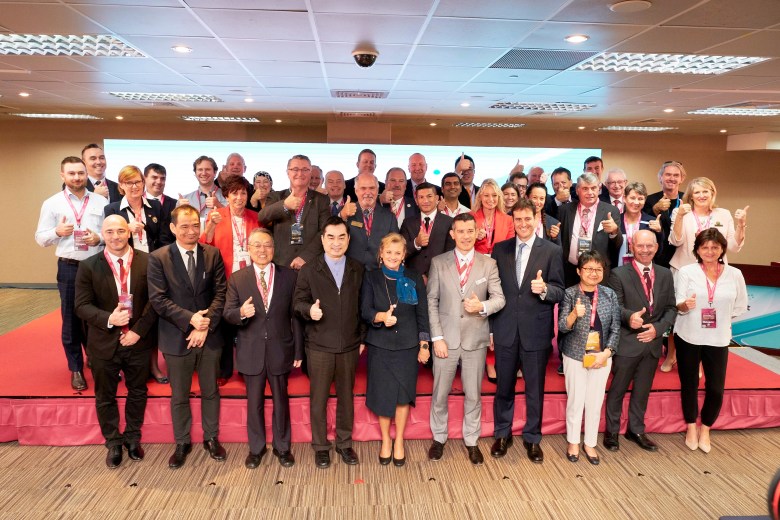 It might be a small city with a rather unkind reputation as a backwater, but Darwin has joined a global smart city committee as part of council’s ambitious $10 million bid to become a world-leader in the field.

The visit also saw council develop a strategic partnership with the region, becoming the only Australian representative nominated on the strategic committee for GoSmart, alongside the commissioner for Great Britain and deputy mayor of Taipei.

Council will  be experimenting with “groundbreaking” smart city technologies showcased at the exhibition as part of its ambition to become one of the world’s front-running smart cities, and plans to continue its visits to the area to keep up to date with the latest smart city innovations.

Being on the committee means Darwin council will have access to numerous proof of concept trials from the region, Mr Sattler says.

“There’s not a lot we can get from Australia, so we’ve got to look to our northern neighbours just four hours away to look at next steps and use the technology where it’s already applied and working for the communities.”

Already, council has its eye on a CCTV technology showcased at the expo which allows council to erect virtual fences around specific areas, for example at public events or activities, and automate alerts.

The technology, which council will trial in June-July this year, uses machine learning and AI to send alerts to relevant authorities if someone approaches the virtual fence.

“This is ground-breaking for Australia to look at virtual fencing from a council perspective. It’s a first,” he said.

The visit formed part of council’s $10 million smart city strategy launched in January this year, which will see council roll out a range of smart technologies across the city by May, including a smart city platform, sensors for vehicle and pedestrian movement and smart parking technology.

“This trip confirmed that City of Darwin is at the forefront of smart cities technology implementation and platform integration globally.  We are recognised by our neighbours to the north as an important partner to collaborate with,” said Mr Sattler.

“We have been rolling out new smart technologies across Darwin since 2018 and a number of significant projects are nearing completion, including a new smart lighting system across Darwin that will be flexible, energy efficient and save money.”

A call-handling application was also featured at the expo, allowing the community to identify issues like overflowing rubbish, emergency situations, and send through geo-located video identifying the issue.

Council staff can then resolve the issue by looking at the location and sending the correct service provider.

Other novel applications included the use of analytical data like people movement to help inform urban design and transport routes.

With access to state-of-the-art technologies, Darwin plans to be at front runner in the smart city movement.

“We’re more focused on working with the environment, trying to create cool cities that are open, transparent and liveable. That involves bringing the community along the journey and (sharing) learning. That’s a big part of why we’ve got such a good relationship with our neighbours four hours away in China.

“As a capital city with a small population it is easier for us to be nimble and implement innovative new technologies quickly. City of Darwin is committed to investigating technologies to improve our service delivery and enhance the lives of our community.”

The news comes just months after the Federal Government in October launched its Smart Cities Plan, outlining approaches to urban planning through investment in smart technologies.