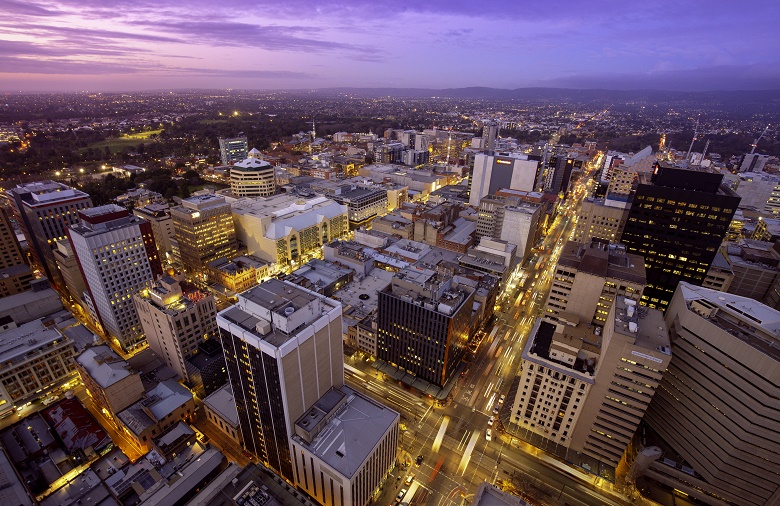 Adelaide's Ten Gigabit project is among those cited in latest smart city snapshot.

Councils are using smart city initiatives to transform services and operations and respond to major challenges such as climate change and population growth, according to a new analysis.

KPMG’s latest snapshot of smart city initiatives in Australia draws on the views of 400 mayors, CEOs, policy makers and planners who attended six national workshops, as well as a survey of 200 council professionals.

It reports a shift towards more “action orientated” use of smart city initiatives within local government, with the proportion of participants reporting they had not yet started projects down to 13 per cent from 20 per cent in 2017.

Similarly, 47 per cent of councils said they were developing smart city strategies, up from 39 per cent the year before.

While collaboration was a theme in 2017, participants in 2018 reported a genuine desire to actually undertake it, the report notes. “We saw a focus on how councils can work together, and also with other tiers of government to drive change,” it says.

“As opposed to just focusing on the technology elements, there was a lot more discussion of how does smart city initiatives fit into the broader goal of running a smart organisation,” Ms Jones told Government News.

Rebecca McKenzie, CEO of Glen Eira City Council in Victoria, said that her council had undertaken an internal transformation program to ensure sustainability. This has included digitising the council’s top 14 transactions.

“It’s not just about putting things online, it’s looking at the whole end-to-end process, and we’re transforming the customer end of things right through to the back office and making sure that we’re driving efficiency while enhancing the customer experience.”

In terms of the projects being planned and implemented, the report notes a “shift towards more integrated and interoperable systems that can support a fast evolving technology environment.”

“The focus on foundational smart platforms is encouraging as they have the ability to pool data together from different sources (such as weather, parking, transport) for analysis and decision making,” the report says.

Communications networks projects (16 per cent) was the top project named by participants, followed by platforms (15 per cent), parking (14 per cent) and infrastructure such as smart roads and bridges (14 per cent).

The analysis says communications networks are the backbone of smart cities, and highlights current initiatives such as Adelaide’s Ten Gigabit project.

When asked to rate the major challenges facing smart city initiatives, local government professionals cited a lack of leadership (17 per cent), financial issues (16 per cent), resources (15 per cent) and adequate skills (11 per cent).

As Deborah Howe of Livingstone Shire Council told the report’s authors: “We have 21st century technology ambitions, 20th century thinking and approach, but with a 19th century operating model.”

While council professionals highlighted the importance of data, and using it to benchmark council performance over time, the report found that just 1 per cent of respondents cited cyber security as a top challenge.

Ms Jones says she believes next year’s report will see a much stronger focus on data among participants.

“I reckon that’s where most of the emphasis is going to be,” she says. “Because we’ve been seeing smart cities, traditional IT and digital all come together much more within councils. As that happens, there’s greater awareness around the data coming from smart city initiatives, and how to connect that to the overall data management.”