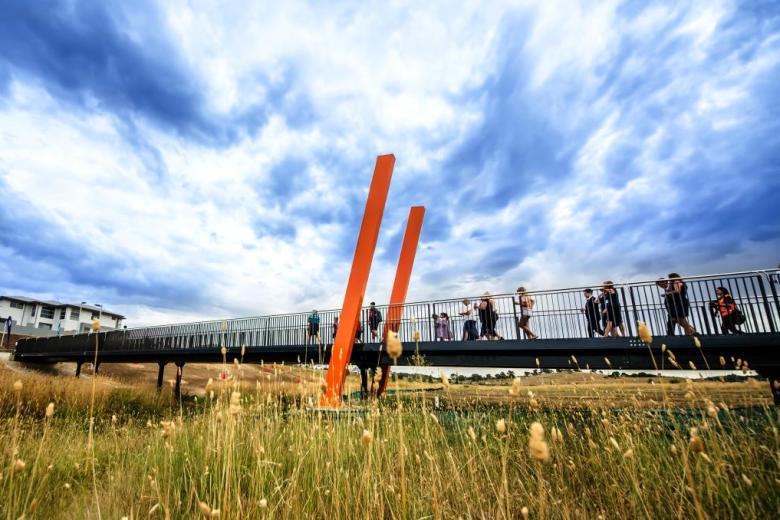 The Craft Your Park project engaged various community groups in the design.

A project that engaged various community stakeholders in the design of a new park is among the public works that have been recognised for innovation and leadership.

Design studio Spacelab was recognised by the Australian Institute of Landscape Architects ACT Chapter on Thursday for its ‘Craft your Park initiative in Finn Street, O’Connor for listening to the community and translating their feedback into the design.

“The design process involved an open dialogue, woven with local stories and histories from kindergarten children to landcare groups and the local community, where the design team were the ‘editors’ and the community the ‘authors’ of the new design,” the judges said.

The awards recognised 10 projects in landscape architecture in categories ranging from parks and play spaces to infrastructure and cultural heritage.

“There are a number of projects from this year’s awards program that demonstrate the community and environmental benefits that come from proper community engagement and consultation, planning for green infrastructure and involve landscape architects leading quality design projects at the early stages,” the institute’s ACT president Gay Williamson said.

The award of excellence in civic landscape was jointly awarded to Jane Irwin Landscape Architecture, the National Capital Authority, Hill Thalis, SMEC and AECOM for the first stage of the transformation of Constitution Avenue.

In this major public space enhancement project, Constitution Avenue has been transformed into a series of pedestrian friendly streetscapes changing in character from ceremonial to civic to urban to bushland, in response to surrounding landscapes.

A successful mix of landscape and utility to encourage community interaction in open space in Moncrieff East, a new suburban estate in north Canberra, was recognised in the award’s parks and open space category.

Redbox Design Group was recognised for leading the works on the multi-purpose community recreation park.

Redbox Design Group was also recognised for its work on the Moncrieff Community Recreation Park, a space designed to meet the needs of the community by integrating a range of exercise, play and ball sport areas.