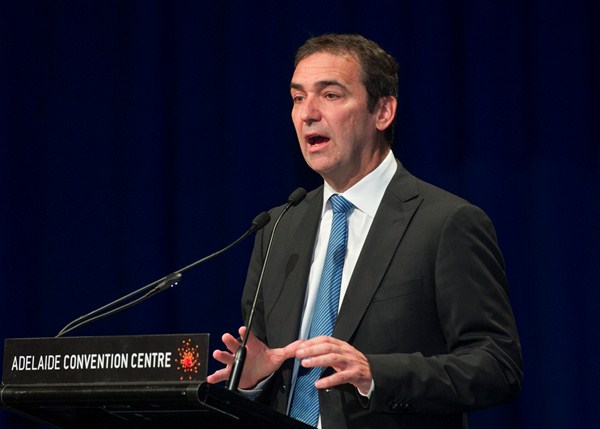 A populist bid by South Australia’s Opposition Liberal Party to sway undecided voters by promising to limit council rate hikes has prompted immediate warnings that essential services delivered by the local government sector will need to be cut to make-up for funding shortfalls.

As the state poll looms on 15th March 2014, the Local Government Association of South Australia (LGA) has taken Liberal Opposition Leader Steven Marshall to task over what councils argue is an unnecessary policy that will cut off their ability to generate money needed for vital programs.

The problem for many self-funded retirees is that while interest rates remain low, so too do returns on many investments thus creating a situation ‘asset rich/cash poor’ scenario where rising bills chew up limited income.

Although initially popular with a section of voters, the challenge for state politicians is that promising rate caps can come back to haunt governments when the financial viability of councils is strained because they cannot generate sufficient revenue to maintain existing service levels, thus creating an unproductive and unsightly blame game between the two jurisdictions.

Should a Marshall government be elected, the rate-capping plan would be implemented from 1 July 2015.

Mr Marshall has defended the need for rate capping by referring to the rise in council rates over the last decade, saying that rates in South Australia have increased by an average of 6.8 per cent per year between 2002/03 and 2011/12.

He said this was more than double the rate of inflation and 2.4 percentage points more than New South Wales, which has had its own cap in place since the passage of the Local Government Act 1993.

“If council rates in South Australia grew at 4.4 per cent per year over the next decade, instead of the 6.8 per cent they increased by over the last decade, a household paying $1,000 in annual rates today will save $1,891,” Mr Marshall said.

He also promised that independent regulator Essential Services Commission of South Australia (ESCOSA) will set the rate rise that councils are allow to apply based on a local government cost index.

Now the Local Government Association of South Australia (LGA) has hit out against the announcement, saying that it was disappointing as it was made without consultation.

“The biggest negative impact of this policy, if applied in the same way as NSW, will be to cripple some councils’ capacity to respond to local needs,” Ms Rosenberg said.

Ms Rosenberg explained that SA councils are already burdened by having to prepare for long term infrastructure plans, long term financial management plans, consult communities on annual budgets and rates and facing elections every four years where councillors are held accountable for setting and spending rates.

Ms Rosenberg said councils are “shouldering the burden” of services abdicated by successive state governments “such as ten years ago when library funding was a 50:50 venture between local and state governments and is now 80:20 in favour of the state”.

“We are concerned that this rate capping proposal will put at risk the welcomed announcements by the Liberal Opposition regarding the $50 million economic stimulus program and its $15 million regional development program,” Ms Rosenberg said.

The issue was raised late in the Western Australian election in March 2013 when the Labor Opposition pledged to cap council rates and align them with the Consumer Price Index (CPI).