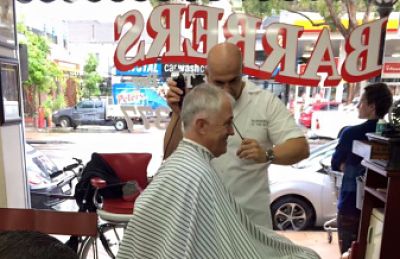 Public servants already reeling from two years of cuts under the Abbott government can expect to be squeezed harder than ever after Treasurer Scott Morrison used his first Budget to extract the document’s third biggest single savings measure, a hit of $1.9 billion to the public service.

Listed in Appendix D of the Turnbull government’s glossy Budget overview, the line item certain to ring alarm bells in agencies and unions alike is escalating savings over three years that have been booked under “Public Sector Transformation and Efficiency Dividend.”

The sizeable hit to the public service has been partly tempered by a $500 million “reinvestment” pool intended to fund further public service productivity and transformation, the core definitions of which are still yet to be disclosed, but will have to appear by next year.

While the Budget documents themselves are painfully thin on detail on how the cuts will be applied, the direct linking of Prime Minister Turnbull’s “Transformation” agenda with the previously loathed Efficiency Dividend strongly suggests that technology and business process overhauls now in train at many departments will be used to hand back cash to Treasury.

Big job losses have been spared, at least for the first year, with the Estimates of Total Staffing Levels in the general government sector sitting at 167, 340 (excluding military personnel) for 2015-16 and dropping 167,155, a fall of 185 jobs.

With the Budget Papers explicitly acknowledging that the 2.5 per cent efficiency dividends between 2014 and 2016 “helped to reduce total Australian Government Staffing back to

2006-7 levels” part of the new narrative for fresh cuts is that they will likely have to come from transformations that don’t include major job shedding where there is little or nothing left to cut .

In a line that could have been borrowed from the Digital Transformation Office, the Budget Papers says that “by increasing the focus on innovation and the modernisation of public services and on efficiencies achieved by maximising the opportunities of a digital dividend wherever possible, the Government will be an exemplar in how it invests in and uses technology and data to better deliver quality services faster and at a lower cost.” 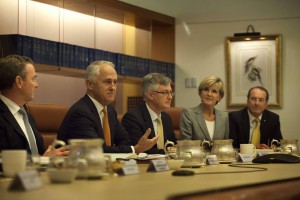 With the Department of Finance certain to retain a big say over what transformative efficiency and cutting should look like for agencies hoping to get some of the $500 million extracted from them back, the extension of the efficiency dividend is likely up Finance’s influence over what kinds of digital projects get a thumbs up.

However the move to link the wider public service transformation agenda, including the work of the Digital Transformation Office, with cost cutting (as opposed to service improvement) is by no means without risk for both the Treasurer and the Prime Minister.

Memories are still fresh and feelings raw over the previous Labor government’s promise to use hundreds of millions of dollars in savings from IT under the Gershon Review measures for innovative reinvestment, only to see the cash snatched by Treasury as soon as the money flowed.

Known sources of savings being pushed to agencies include enforced standardisation and culling of disparate back office platforms, especially ERP packages, which have proliferated over the last 10-15 years and are now gradually reaching the end of their support periods and are set for replacement.

The Department of Finance is also conspicuously supporting the use of shared service platforms for some functions between agencies, an approach that has widely varied success between jurisdictions, with nasty blowouts and failures in Western Australia in particular.

Separate to the efficiency dividend cuts, the Department of Human Services has also copped a another decent cut thanks to the Major Savings list, with $ 80 million extracted over the next four years at $20 million a year even.