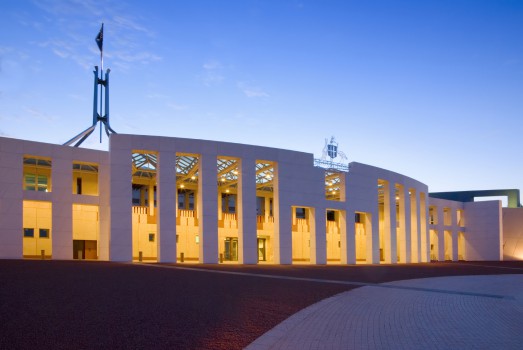 The Community and Public Sector Union (CPSU) has ratcheted up pressure on the Abbott government to resist a push to hive off thousands of federal public service jobs to multinational outsourcers like Serco and G4S – which it claims is likely to be recommended by the forthcoming National Commission of Audit.

The pre-emptive push comes as Treasurer Joe Hockey prepares to hand down the Mid-Year Economic and Fiscal Outlook statement that is anticipated to reveal an increase in the Budget deficit to around $50 billion.

While it is still not clear what parts of government activity could be potential candidates for outsourcing – other than existing functions like running immigration detention facilities – the prospect of gaining an increased share of public sector work will clearly be appealing to managed services and infrastructure providers.

However the CPSU has firmly signaled that it will count the movement of positions to the private sector towards the overall public sector job loss figure that it intends to hold the government to account for.

“The Abbott Government committed during the Federal Election to cutting no more than 12,000 jobs and making those cuts through natural attrition,” the union said in a statement on Monday.

“However unions are deeply concerned that figure may more than double due to the impact of the Commission of Audit, which is expected to recommend further cuts and the widespread outsourcing of public sector jobs to multi-national giants such as Serco and G4S.”

While the desire to achieve big cost savings from the public service has been prominently pushed by ministers, it is understood that there is still some unease over how outsourcing mechanisms might be applied to agencies because of the big problems created during the 1990’s wave of ‘whole-of-government’ contracts.

While the moves helped in the purge of 30,000 public service jobs, the Howard government later admitted that the experiment had not worked and effectively abandoned the more centralised ‘whole-of-government’ outsourcing model in subsequent revisions to services procurement and delivery.

One big challenge for both service delivery and infrastructure outsourcers and the federal government is actually finding services that can be more efficiently delivered after both the Howard government and then Labor continued to allow private companies to bid for government work like job-seekers assistance.

Providers like G4S and Serco typically aim to win business in areas where large cost reductions through increased productivity or efficiencies of scale can be realised – like healthcare, transport or the operation of prisons or other secure facilities.

While the federal government has given outsourcers some work running immigration detention centres, many of sectors traditionally targeted are under state rather than federal jurisdiction – with the important exceptions of defence and aviation.

Even so, the CPSU National Secretary Nadine Flood is not taking the chance of waiting for the Commission of Audit to deliver a blunt warning that more job cuts will harm the economy, saying “the public sector had already shouldered more than its share of cuts.”

“A public sector job has been lost for every hour this Government has been in office. These cuts come on top of deep savings measures undertaken by the previous government. The only thing many departments have left to cut is jobs,” Ms Flood said.

“With many communities increasingly concerned about job losses at Holden, Qantas and in State Governments, now is not the time for the Abbott Government to unleash job-destroying austerity measures.”