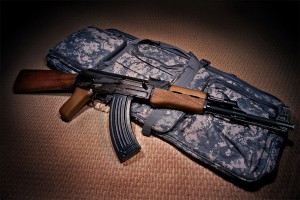 Federal Attorney General George Brandis has moved to bolster the government’s response to the proliferation of online propaganda posted by extremist groups.

The Attorney General on Monday officially launched a new public reporting tool intended to allow everyday people to tip authorities off about the presence of “illegal or offensive extremist material they find online.”

Online radicalisation techniques by groups including ISIS and ISIL has become a major concern for security agencies around the world because of their increasing sophistication, improved technical production values and lower costs of creation.

A big problem for security authorities and the military trying to counter ISIL and ISIS is that although the videos now routinely feature nauseating footage of highly staged brutality the propagandist equivalent of snuff videos still to generate substantial traffic and sensation on the internet, with the burning of a caged Jordanian pilot the most recent example.

Now the AG’s Department says that extremist material and illegal content it finds or is pointed towards online “will be assessed by authorities who will take action, such as taking down sites if hosted in Australia or prosecuting people if crimes have been committed.”

“If the reported material is hosted on an international site, it may be sent to international partners and Interpol, or raised directly with service providers such as Facebook and YouTube,” the Attorney General’s statement said.

Online providers have recently felt official heat over how they monitor and remove extremist content, an international law issue that has been simmering in the US for years.

A key problem has been the difficulty everyday people have had in getting multinational online providers and social media giants to take notice of complaints.

The launch of the new public reporting tool is likely to accelerate the processing of complaints because it will provide a kind of content clearing house for authorities to assess and then expedite to providers.

“The tool is part of the Government’s Countering Violent Extremism targeted intervention programme. This programme identifies radicalised and at risk people and delivers a range of tailored services such as mentoring, counselling, education and employment services, that will help them turn away from ideologies of violence and hate,” the Attorney Generals’ office said.