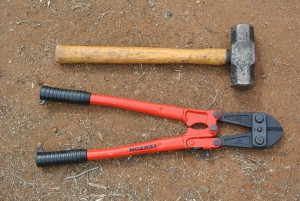 The Community and Public Sector Union has said it will soon escalate stoppages and industrial action across the Australian Public Service with more than 75 per cent of agencies and departments now officially in dispute with their employees over deadlocked bargaining talks.

The fresh push to significantly ramp up industrial activity comes as the Labor-aligned union movement musters at the Australian Council of Trade Unions Congress in Melbourne to thrash out a three year strategic agenda that sets the course for which campaigns and issues will be prioritised.

While disruptions at the federal level have so far been largely low-impact or symbolic, parts of the CPSU and other state public sector unions are known to have been incensed by provocative statements by Liberal firebrand Senator Cory Bernardi and Australian Public Service Commissioner John Lloyd over comments downplaying the union’s actual membership levels and capacity to use industrial action as an effective bargaining tool.

The latest flashpoint has been the merger of the Australian Customs Service and the Department of Immigration where the CPSU has said some employees could receive the equivalent of $7000 in annual pay cuts under the new arrangement and agreement.

While there is widespread acceptance that low inflation will likely produce minimal or symbolic pay increase, a bid to push down public service pay rates through machinery of government changes — especially where entitlements or allowances are involved — is almost certain to be rejected by employees that could be left out of pocket.

The CPSU says it now planning “mass meetings” across 19 cities and regional centres to “highlight the attacks on public sector workers” in late June, when many departments are scrambling to finalise their official paperwork for the end of financial year.

The CPSU’s National Secretary, Nadine Flood, has also responded in kind to being singled out by Senator Bernardi, a tactic unlikely to play well to female Coalition back benchers who remain concerned over negative perceptions of the Abbott government by women.

“The Government’s reaction over the past year has been to refuse to meet with us and then to continually attack the union in Parliament and the media. Earlier this week the Government’s attack dog, Senator Cory Bernardi, sunk his teeth into us mentioning us more than 20 times in Senate Estimates and making comments about me such as ‘how does she sleep at night’,: Ms Flood said.

“This is a million miles away from modern, productive workplace relations, where employers sit down with unions and have a sensible conversation.”

According to Ms Flood, from next month public servants will launch a “series of half-day stoppages to force the government to change its bargaining policy.”

A major sticking point in the bargaining policy is the strict definition of productivity offsets for pay rises being labour cost reductions, often as increased hours of work, rather than an increase in output.

“The [bargaining] policy was released more than a year ago and is offering terms far more draconian than any major private sector employer,” she said.

“Despite the relentless attacks, we’re still up for sensible discussions. Our door is open, it’s just Minister Abetz’s that is padlocked shut. I’m even prepared to go to Bunnings and buy Senator Abetz a pair of bolt cutters, to unlock the door to talks.”

“It’s way past time for someone in this government to see sense and decide it’s time to resolve this dispute,” Ms Flood said.