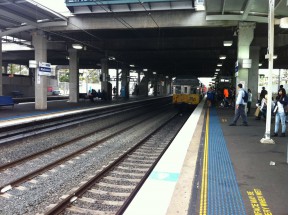 Local governments and their mayors don’t usually go out of their way to start very public disputes with national television networks, but in Sydney’s Western Suburbs one council isn’t about to let a postcard from hell go to air without a fight.

Blacktown City Council’s mayor Stephen Bali is so furious with the negative portrayal of some of the hard-up residents he represents in a new documentary called Struggle Street that he’s demanded Minister for Communications Malcolm Turnbull stop it from showing on SBS Television.

“This just like a Blair Witch Experiment with better camera angles where they follow people around,” Councillor Bali said.

The level of community anger is palpable and promotional trailer for the documentary has been pulled amid accusations of racial vilification and claims that those featured in the fly-on-the wall three part series didn’t understand what they were getting themselves in for when they signed release forms to allow footage of them to be shown.

In an unusual move for a council, Blacktown City has launched an online petition on Change.org to try and persuade SBS Chairman Nihal Gupta, SBS chief executive Michael Ebeid and the broadcaster’s board to pull the program until those in it can see it and make a call on the scenes they are in.

“They were lied to about when camera crews were filming, and footage that they specifically asked not be included was used,” the petition says.

“Both SBS, and the private production company KEO Productions, have refused to allow participants to view the full series before it is aired.”

Hitting the airwaves on the ABC’s Radio National Breakfast program, Councillor Bali said that the first episode was “an unethical representation of those involved.”

“It’s a total misrepresentation of the struggles faced by people in Western Sydney,” Councillor Bali told the ABC.

Fuelling much of the anger is a deep resentment that around $1 million has been spent making the ‘shock-u-mentary’ when community services for disadvantaged and vulnerable have been cut.

“There’s a lot of good community groups that have totally lost all of their funding,” Councillor Bali said.

“If the federal government wants to spend a million dollars on this trash reality program, they should restore the funding to Rosie’s Place which is a domestic violence unit out there, Mt Druitt Learning Ground, which creates life skills and supports adolescent education … all this is being cut and what do we get for it? This trash reality program.”

Sydney’s West and the depictions of its residents have for years provided plenty of subject matter for SBS, not least through the often cringe worthy comedies Housos and Fat Pizza — created by Paul Fenech — helped propel the careers of stars like Rebel Wilson by irreverently digging into ethnic and social stereotypes.

Often crude, vulgar and offensive, the take no prisoners style of satire quickly developed a cult following, thanks in part to its racially diverse list of cast and characters that created a comedic catalogue of multicultural Australia which is often ignored by mainstream media.

But the publicity ahead of the latest documentary isn’t generating many laughs, especially given the all too real and entrenched social challenges that exist.

Councillor Bali said he had hoped the new documentary would have identified such issues and shown how to combat them. Blacktown City Council, one of Sydney’s biggest local governments, generated around $13 billion in economic activity and was growing at 7 per cent.

“There’s 112,000 people that live in postcode 2770,” Councillor Bali said, adding there may be struggles but there are also successes.

The portrayal of Aboriginal people is a particularly sore point.

“The only indigenous person that I’ve seen so far appear in the documentary is there with a sling shot killing birds and living as a homeless person,” Councillor Bali told Radio National.

Government News contacted KEO Australia, which produced the programs, for comment on Councillor Bali’s claims but didn’t receive a call back.

Perhaps tellingly, the photo of KEO managing director, Leonie Lowe, is the only one absent in a gallery of the company’s staff although the staffer that answered the phone laughed-off a suggestion it had been pulled down because of concerns stemming from the negative publicity.

One thought on “Blacktown to Turnbull: fund crisis services not reality TV trash”