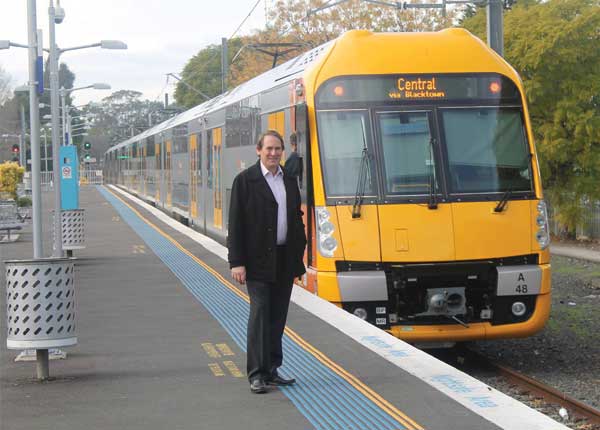 Barely a week into the state’s top job, the latest premier for New South Wales, Mike Baird, is already facing contentious calls from his own back bench for the state government to buy out crucial transport corridors sold off under the previous Labor government as part of the building of the new Badgerys Creek airport.

The demand for the “claw back” of transport corridors in Western Sydney came from Member for Londonderry Bart Bassett, the first Liberal Party member to represent the Western Sydney seat that has been traditionally been held by Labor since its creation in 1988.

The controversial call for the state government to intervene in the property market to buy land for new roads comes as criticism continues to mount from key stakeholders over the apparent lack of upfront financial commitment to build rail connections to Badgerys Creek that have been hand-balled by Canberra back to the state government.

Now Mr Bassett is urging the state government to seize the opportunity to reclaim arterial road and orbital rail corridors to ensure the west of the city does not become barricaded in by inadequate transport options.

So far the state government has outlined two stages of consultation for rail infrastructure as part of planning for the continuation of the South West Rail Link to Badgerys Creek and its eventual connection to Western Line rail services.

However Mr Basset now wants a third stage  “regarding the identification and preservation of a land corridor for connecting the North West Rail Link to the Western Line, thefore enabling the creation of a Western Sydney orbital rail network.”

Mr Bassett said long-term plans should also include “identifying and securing future transport corridors, including the route for the M9 motorway to connect residential growth centres in the northwest and southwest” in addition to the new airport.

“Securing such corridors now would reduce the price of construction because such projects would be able to be surface transport links rather than tunnels,” Mr Bassett said.

“Let’s include these projects in the planning stages of the airport to ensure NSW has a clear and simple transport plan for the future, a future with an extra 1.7 million Sydney residents by 2036 who will quite rightly expect the transport options and freedoms of a large global city.”

Despite conspicuously upping the ante for Premier Baird and NSW Transport Minister Gladys Berejiklian to spend more money out west, Mr Bassett wasted no time in sheeting home the blame for Sydney’s transport infrastructure deficit to the previous Labor government.

“Labor flogged off corridors like the M4 east that had been in existence for decades and failed to create new ones such as connecting the north and south west rail links via the Richmond and Western lines just as the M7 Westlink has done with motorways,” Mr Bassett said.

“Those corridors have since disappeared under the tiles and mortar of new housing estates.”

“Prime Minister Tony Abbott made the sensible decision to give the go-ahead to the Badgerys Creek airport proposal and our new NSW Premier Mike Baird made the right decision to wholeheartedly support the project,’’ Mr Bassett said.