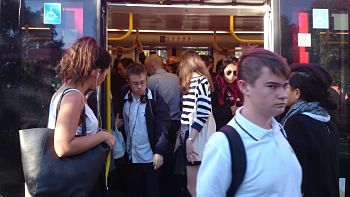 The state’s hard-nosed price regulator released a report yesterday (Tuesday) recommending that commuters should no longer get free travel after notching up eight journeys in a week but instead pay half-price for any extra journeys taken.

Also on the cards is a push to raise the daily cap on the Gold Opal card $2.50 to $3.60, which would affect seniors and concession card holders, but IPART backed away from an earlier recommendation to means-test access to the card for seniors.

Commuters could also take a hit if the government agrees with IPART’s suggestion to increase the cap on adult Opal fares from $15 to $18 for travelling Monday to Friday with a daily cap of $7.20 at the weekend.

On the positive side, people changing between different forms of transport, such as switching from light rail to bus, would receive a $2 rebate, to offset paying twice. People travelling on off-peak trains would also pay less.

IPART Chief Dr Peter Boxall said despite public transport operating costs being forecast to fall by around 5 per cent  over the next three years, overall costs were continuing to rise as services were improved and expanded through projects such as the CBD and South-East light rail extension and the Sydney Metro.

“Right now, the efficient cost of providing the rail, bus, ferry and light rail services in Sydney and surrounding areas is around $4.8 billion a year,” Dr Boxall said. “While operating costs per trip are reducing overall, total efficient costs will rise to around $5.6 billion a year by 2018-19.”

“Some fare increases are needed to ensure the additional costs are not borne entirely by taxpayers, but also by those who use public transport the most. This determination means that fares will continue to cover around 25 per cent of efficient costs, with taxpayers funding the remaining 75 per cent. reflecting the benefits public transport provides to the whole community such as reduced congestion and cleaner air.”

The state government has not yet decided whether it will implement the IPART’s suggestions. If it does, it will face a backlash from commuters, seniors and concession card holders.

The clampdown on free journeys could be viewed as a Trojan horse for scrapping the free/half-price rides completely, something that IPART initially backed.

The cap increases and withdrawal of free journeys could prove to be the price signals that tip commuter behaviour. Combined with what appears to be a service increasingly under pressure, people could begin to desert public transport and the costs of encouraging people back onto the roads need to be taken into account, before the government decides on the proposed changes.

Light rail trains at peak time are now as crowded as the London Underground in its worse moments, with some passengers unable to board trains and those inside jammed in and miserable. Even trains at off-peak times (outside the hours of 8am to 9am and 4pm to 6pm) are often uncomfortably full. 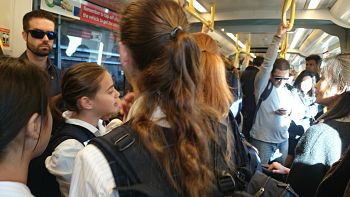 Transport NSW put on “up to 90 additional services” from January 25 this year, with services arriving every eight minutes, rather than every 10 during peak times from Monday to Friday but the light rail appears to have become a casualty of its own success. Transport NSW was contacted for comment.

The state government will decide whether or not to implement the proposals by the Independent Pricing and Regulatory Tribunal in the coming weeks.