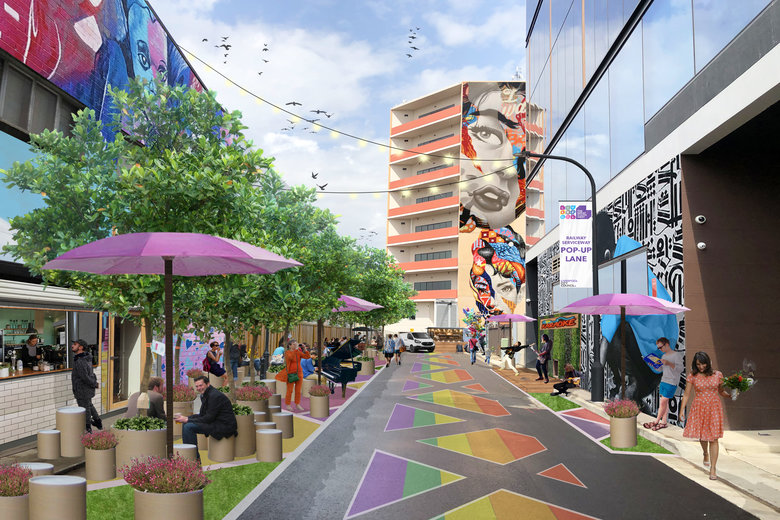 Liverpool City Council's plan to enhance its city centre has been highly commended at a NSW local government awards event.

Plans to create a vibrant night time economy, a moon landing anniversary celebration, an Aboriginal-led Rainbow Serpent project and an initiative to foster pride in local waterways have all been honoured at the NSW Local Government Week Awards which have recognised excellence in the face of tough times.

President Linda Scott said the achievement of local councils through the year are remarkable considering the battering they have weathered from devastating bushfires, floods and the coronavirus pandemic, and she thanked them for their work during challenging times.

“Our role in providing infrastructure, services and support, and bringing communities together has never been more important in the wake of the NSW droughts, fires, floods and the pandemic,” Cr Scott said on Thursday.

“It’s been a tough year but despite the impact of these events … 128 councils in NSW have rolled up our sleeves and worked out the best ways to deliver the essential services people really need.”

Parkes Shire Council took out two awards, including one for its world famous Elvis Festival and another for 50-year anniversary events commemorating its role in the Apollo 11 moon landing.

Central Coast Council took home a gong for its Waterways Report Card, which aims to foster community pride in local waterways, while Gunnedah Shire Council’s award-winning Rainbow Serpent Water Feature Project was praised by the judges as “an extraordinary story of persistence and admirable Aboriginal-led art”.

Central Coast’s Director of Environment and Planning, Scott Cox said Council was thrilled to be recognised for the program, which provides an important platform for sharing the story of waterway conservation with the community.

“The Central Coast Waterways Report Card tells the story of waterway health in a language that is common to all of us and provides a tool to bridge the gap between science, management and community values,” Mr Cox said.

“Our vision is that the Waterways Report Card continues to be a focal point in a long conversation with our community about waterway health and will be part of the driving force behind improvements which can only truly come about if we all work together.”

City of Parramatta was awarded for planning a 24-hour city with its Night City Framework and Liverpool City Council was highly commended for its City Centre Public Domain Master Plan.

The awards also recognised outstanding individual contributions, including Des Shroder from Clarence Valley Council who was awarded for his leadership in addressing high youth suicide in the area.