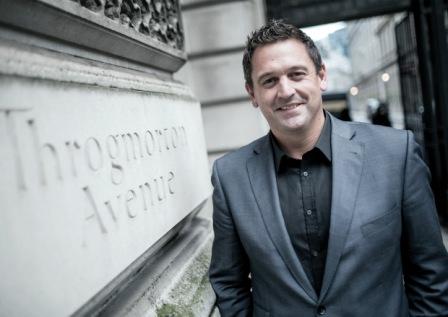 Drug and other illicit money being linked to the funding of terrorism may be the trigger that moves global anti-corruption efforts up the political agenda at this weekend’s G20 Leaders’ Summit.

If it wasn’t already a priority, the fact that terror activities are being funded by criminal proceeds will give weight to anti-corruption activists who are calling for G20 leaders to establish a new G20 Anti-Corruption Action Plan.

In Australia, these concerns made headlines as recently as last month, when a Sydney-based money transfer business was de-registered under suspicions that millions of dollars may have been funnelled to militant organisations overseas.

The anti-corruption group Transparency International’s  annual progress report on the enforcement of the OECD anti-bribery convention shows that many leading economies are failing to stop companies spreading corruption around the world.

Corruption increases costs for businesses, and developing economies lose around US$1 trillion in revenue annually – money that could have been spent investing in critical infrastructure and services for their citizens.

Only four of 41 countries signed to the OECD anti-bribery convention are actively investigating and prosecuting companies that cheat taxpayers when they bribe foreign officials to inflate contracts, or to obtain licences and concessions.

Five countries, including Australia, were classified as having moderate enforcement. Another eight, including New Zealand which improved from last year, had only limited enforcement.

More worryingly, however, was that 22 signatories that make up 27 per cent of the world’s exports are doing little or nothing by way of enforcement.

Transparency International said enforcement is low because corruption investigators are not given the political backing to go after big companies. This is especially the case where national economic considerations trump anti-corruption commitments. Investigators also lack the resources and tools to investigate highly complex white-collar crime.

One reason cross-border bribery in international business deals is able to thrive is that investigators do not have access to the resources, intelligence gathering and processing tools to track the complex money laundering techniques and arrangements used to conceal bribery deals.

Today many corrupt deals are increasingly masked by sophisticated shell companies whose real beneficial owner is not known, even to authorities.

Tax evaders, terrorists, drugs cartels and other criminals don’t want to keep their dirty money in their own names. What they will typically do is create a company, or a series of companies, that will own their assets. The company can open a bank account, it can buy assets, and it can wire money around the world. And, importantly, it’s difficult but not impossible to link the company back to the person who really owns it.

This is an attractive method for hiding, moving, and using money or other assets.

A good example that illustrates the problem of anonymous company ownership is the case of the dead Russian who owned a company used as a front for what appears to be a billion dollar money-laundering operation.

News website, Global Witness, showed how billions of dollars of suspicious transactions passed through Kyrgyz bank accounts owned by companies registered in the United Kingdom, New Zealand and Bulgaria. Three of the United Kingdom companies had US$1.2 billion running through their accounts, despite not being connected to any real business that could be ascertained.

One of these companies told the UK company registry that it was dormant, despite having $1.1 million flowing through its accounts.

The names of the people behind the companies were hidden in a variety of ways. Some companies had nominee directors. Others were owned by companies registered in places such as the British Virgin Islands. The identity of the dead Russian man was used as the front for a UK company. This person had died three years before the company was set up, and yet was listed as the company’s owner. He even ‘attended’ a company meeting in London, according to filings made to the United Kingdom company registry.

It is critical to understand precisely who owns and controls companies to ensure that they are not used anonymously for nefarious activities. More needs to be done to make sure that Government’s keep on top of this issue.

Transparency International has renewed its calls on the G20 to ensure the publication of beneficial ownership in public registers of company information.

Forward-thinking, globally minded corporations understand that fighting corruption is good for ordinary people, good for the stability of societies, and good for the bottom line.

Companies are finding ways to not only adhere to the letter of laws, build a culture of integrity among staff and management but also use crime analytics software to strip away layers of deceit to reveal the shady transactions below.

We look forward to reading the Leaders’ final communique to better understand how seriously the world’s largest economies are taking their anti-corruption pledges.