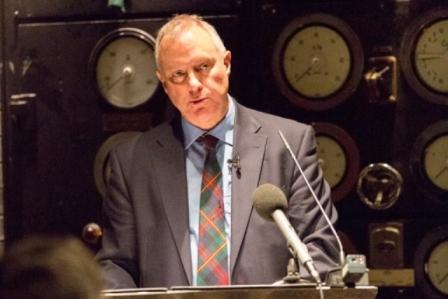 Prime Minister Tony Abbott has announced that the United Kingdom’s former chief communications and cyber spy has joined the high level panel of experts guiding the government’s latest full scale review of Australia’s online defences as authorities seek to bolster protections and resilience against the rising tide of electronic assaults.

In a low key announcement over the weekend, Mr Abbott revealed that the former director of the United Kingdom’s Government Communications Headquarters (GCHQ) Sir Iain Lobban KCMG CB, has signed up to help advise the government, a move that will carry considerable weight within local intelligence and defence circles.

The British equivalent of the Australian Signals Directorate (ASD), GCHQ performs broadly similar roles in not only the covert collection of signals and communications intelligence through eavesdropping and monitoring, but also plays a key role in safeguarding cryptography and setting minimum communications and computing security standards.

Military and civilian cyber security authorities across the so called ‘Five Eyes’ alliance (an intelligence sharing arrangement between Australia, the UK, United States, Canada and New Zealand) have been scrambling to better coordinate activities between domestic and international agencies in the wake of a big upswing in nation-state sponsored electronic espionage attacks that have increasingly been directed at corporate as well as government and military systems.

While the United States has been making conspicuous first and second track diplomatic noise about cyber intrusions which Washington has been sheeting back to China, particularly a dedicated unit within the People’s Liberation Army, recent disputes with Russia that have culminated in sanctions are also understood to have elevated concerns within industry and government.

Concerns over the high and rising levels of sophistication and stealth of Russia’s cyber intrusion capabilities have also been propelled by the now infamous Edward Snowden incident that culminated in Russia providing sanctuary to former US National Security Agency (NSA) contractor who has publicly revealed reams of otherwise secret and top secret operational information on intelligence collection capabilities and the levels of government cooperation from within major technology companies.

The Snowden leaks, which often resulted in profound diplomatic embarrassment and tensions following the exposure of surveillance targets including ostensibly friendly heads of state, have triggered some of the most wide-ranging overhauls of internal cyber-security processes and protocols in an effort to prevent a repeat of the incident.

In Australia much of the cybersecurity and intelligence coordination and outreach between both agencies and industry has been handed to the recently formed Australian Cyber Security Centre that has been handed the role of leading the Australian Government’s operational response to cyber security incidents.

Incorporating elements from ASD, the Australian Federal Police, the Australian Security Intelligence Organisation, Australian Crime Commission, CERT Australia and the former Defence Cyber Security Operations Centre (CSOC), the new body has taken on a far more public and collaborative role in terms of engaging with industries and sectors who now need to be part of the cyber protection mix by quickly accessing expert, appropriately authorised and coordinated support.

The ACSC has also taken it upon itself to organise Australia’s first officially government sponsored and backed public cyber security summit in Canberra where key defence and national security officials will update agencies and industry on the progress of latest cyber security review.

On the industry side the Commonwealth Bank of Australia has offered-up its Chief Information and Trust Officer, Ben Heyes to provide a perspective on creating a “truly timely, actionable, cross-industry information sharing partnership.”

Google has also let its “Digital Janitor” — a security engineer by the name of Darren Bilby — out of the virtual broom cupboard to demonstrate some of the open source security tools used by the advertising and search behemoth to mitigate incidents and keep miscreants at bay.

The ACSC’s inaugural 2015 conference takes place on over the 22-23 April at the National Convention Centre in Canberra.