A scene from the new smartphone app Magical Park.

Local councils in Australia and New Zealand and an NZ games developer have hit upon a brilliant way to use mobile phones to draw children to play in urban parks again.

A new free smartphone app has unleashed the augmented reality game Magical Park, targeted at kids aged six to 11, which encourages children and their families to explore a magical fantasy world in their local park.

In the game children can interact with fairies, dragons, kittens, dinosaurs and aliens and complete missions, like finding dinosaur eggs, using their phone or tablet camera.

The game is positioned in a selected large, flat park space in the shape of a virtual circle, which holds the game content kids can play.

The idea was born during last month’s Parks Week celebrations, where 47 Australian councils and 19 NZ councils put their heads together to find a way to kick kids off the sofa and into the great outdoors, interacting with their families at the same time. 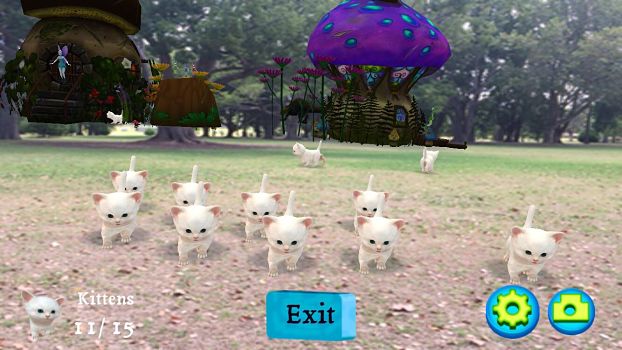 The project is a partnership between The Parks and Leisure Australia, the New Zealand Recreation Association and Kiwi game developer Geo AR Games.

Magical Park attracted over 24,000 park visitors during Parks Week, with an average of 1069 number of game sessions played per day and participants running an average of 1.45km per game.

Councils pay a subscription fee for the app, which is geo-located to a specific park. The app will only open in a designated park area. The families find out about the app via the council or through signs put up in the park by their council.

The hotspots for gaming activity were Heywood Park in Unley, Perth; the Wilson Botanic Garden in the City of Casey, Melbourne and Westward Park in Clarence Valley Council in NSW.

“I think what really appealed was that families could do this together – parents and kids both could hunt for dinosaurs and fairies and swap stories about their experiences after.”

GEO AR Games CEO Melanie Langlotz said: “Augmented reality is a powerful tool to get kids engaged and we have had a lot of queries from schools, who would like us to develop educational content.

“We have another product on our road map, which will eventually allow kids to upload their own 3D models and build their own worlds and games to share with their friends in their local park.”

Brian Eales, Principal from the Clive Primary School in New Zealand voted the trial a success.

“Magical Park opens up a whole new dimension for children linking the engaging world of devices and the great outdoors.

“It allows for the creative use of devices and mathematical concepts while maintaining physical activity. It can strengthen the tuakana teina relationship when older students work with young students.” 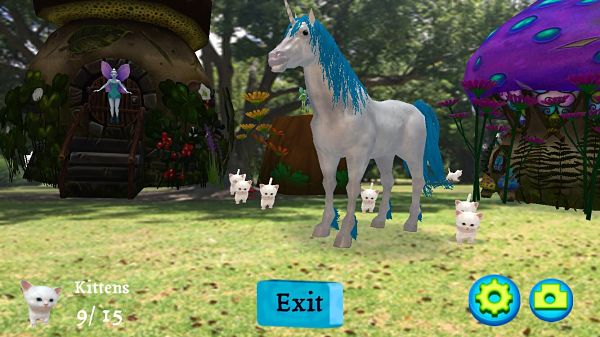 Sue Wilson, Assistant Principal from the Pomaria Primary School in Henderson, Auckland agreed it had had a positive effect on children’s learning, increasing in both writing and oral language skills.

While some councils are looking at bringing Magical Park back for the school holidays, permanent Magical Parks are set up in Heywood Park in the City of Unley and Rhodes Park in Kwinana.

Magical Park is the second augmented reality app from Geo AR Games. The company also developed Sharks in the Park, which brought an underwater world to kids in parks across New Zealand in 2016.

Want the latest public sector news delivered straight to your inbox? Click here to sign up the Government News newsletter.