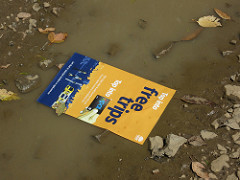 Analysis: are Opal price changes on the money or on the nose?

The highly questionable selling technique of ‘bait-and-switch’ has long been a staple of unscrupulous travel agents, mobile phone providers and lobbyists.

So when a government or regulator applies the tactic to public transport pricing, they’re either crazy brave or deeply naïve.

Having enjoyed an undeniably successful first term rejuvenating Sydney’s previously badly neglected public transport infrastructure and finally rolling out smartcard ticketing through the Opal Card, what on earth is compelling the Baird government to tinker with what’s so far been an election winning formula: capped fares and heavily discounted travel on Sundays across the city?

As the latest summer school holidays meandered their way through December and January, the NSW Independent Pricing and Regulatory Tribunal (IPART) managed to pump out a report that questioned the fairness and sustainability of the present commuter incentives for using Opal … and pushes for a big switch in transport pricing.

The core of IPART’s argument seems to be that some types of public transport passengers get more benefit from the present pricing structure – something the body seems extraordinarily keen to even out.

Instead of the present ‘8 trips and you travel for free’ system, the proposal from the state’s statutory pricing gurus is that commuters should fork out for the 10 longest (or most expensive) journeys bookended by a bigger weekly maxim charge of $65 that rises to $70 in 2017 and then $75 in 2018.

There’s also some major grizzling over the present $2.50 all day fare on Sundays … so much for that great political winner, the ‘Family Funday’ that although axed in name lives on in price.

But is there really a looming crisis?

Here’s the first obvious question: why does the Baird government and IPART feel a sudden urge to engage in a bout of obsessive-compulsive price signal tinkering just when the public transport system is starting to come good and commuters feel they’re finally getting some real value for their taxes?

A big selling point for the Opal system, borrowed largely from Transport for London, was that commuters who took pressure off the roads by returning to trains, buses, ferries and trams would be rewarded for more frequent use.

The fare structure as it stands is an overt incentive and it sends a strong message that the government recognises that modestly priced public transport is an essential systemic lubricant that delivers positive economic and social outcomes above and beyond the price of running it – as opposed to a cost burden where money needs to be clawed back at every opportunity.

Conversely, running the argument that fares need to be beefed-up to distribute the cost burden more evenly actually sends a deeply negative psychological signal that people who take a discounted ferry ride with their family on a Sunday to either Parramatta or Watsons Bay are freeloading or legally ripping-off the system.

This is where the danger of the ‘bait-and-switch’ perception comes in.

Forget IPART’s necessarily dispassionate numbers. They are rightly paid to calculate, not to feel.

The problem for the government is that for commuters it feels like just as the government has got you hooked on public transport, it’s suddenly going to jack up the price and shake you down, a not helped by state Treasury coffers that are embarrassingly swollen with stamp-duty from the property boom.

Another big part of IPART’s argument is that people who need to switch modes of public transport –for example use a combination of bus, train or tram – get slugged for a fare each time they change on what is essentially a single rather than being charged a single distance based price. (It’s also one of the reasons the present capping is there.)

That’s fair enough, but the real question is well how the Opal system will be able to cope with the mechanics of a fare system that is truly agnostic to modality. For example how will the system know the difference between what is a single trip that includes a switch from a train to a delayed bus and two otherwise discrete journeys?

And while public transport in NSW has undoubtedly improved over the last five years, the reality is that the Baird government has only really over the last 18 months got the present OPAL system truly up-and-running at full speed.

Sure, it’s a massive step forward compared to basket case of disconnected fares, crappy services and a short-sighted fixation over ‘fare boxes’ and revenue collection that saw people routinely fined even when ticket machines broke down so they couldn’t buy a ticket.

But when you’ve had a good ride, sometimes it’s very easy to forget the bad old days of public transport.

Trying to ‘fix’ a system that people just don’t see as broken and has only just started working is a sure fire way to rekindle people’s memories of just how bad those dark years of public transport in NSW really were.

NSW commuters have been very patient with public transport over the past decade. A little patience with commuters in return could go a long way.

3 thoughts on “Opal Card pricing: On the money or on the nose?”