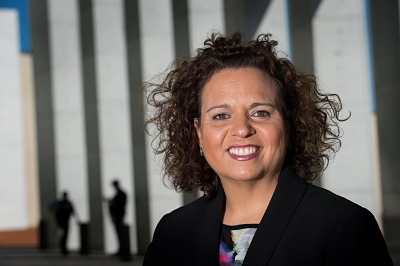 Labor leader Bill Shorten has revealed the Opposition’s full Shadow Ministry for the forthcoming Parliamentary term with a renewed emphasis on harnessing social equity issues to take the fight up to the Turnbull government.

Following a campaign that was spearheaded by the so-called ‘Mediscare’ tactic, a reshuffle of key Shadow Cabinet positions has netted Deputy Opposition leader Tanya Plibersek the Education portfolio while her ally Penny Wong moves from Finance to Foreign Affairs and Trade.

In terms of those who came up short, former Shadow Defence Minister Senator Stephen Conroy has pulled only Special Minister of State and Sports, a clear signal that Labor is muscling-up to try and take down government ministers on governance issues, a point Mr Shorten alluded to in his press conference.

Rejecting suggestions that Senator Conroy – who is renowned for his verbal pugilism – had been was pushed over his stance on the South China Sea, Mr Shorten made it clear Parliament’s Committee process will be a renewed focus of attack.

“As we all know he can be quite forensic and tough in terms of estimates performances, keeping the Government to account,” Mr Shorten said.

While Catherine King retains Shadow Health, a striking cosmetic addition following the election campaign is the rebranding of the shadow portfolio to “Health and Medicare”, with Tony Zappia picking up a specific Medicare shadow assistant ministry to keep that fire alight.

Linda Burney, the first Aboriginal woman to be elected to the House of Representatives, didn’t make Shadow Cabinet but still scored well picking up the Human Services shadow ministry from Doug Cameron who gets expanded roles as Shadow for both Skills and Apprenticeships and Housing and Homelessness.

As a seasoned minister and veteran of the NSW Parliament, Burney’s selection for the ‘issues rich’ Human Services portfolio – which persistently burned on talkback radio for Doug Cameron – will not give her opposite Alan Tudge or Social Services Minister Christian Porter any comfort.

With a strong, frank and down-to-earth manner, Rowland’s ability to translate often technical issues around broadband into the plain English of outer suburbia is certain to hit hard.

After a very public brawl within the left faction, socialist stalwart Kim Carr has kept Shadow Innovation, Industry, Science and Research despite a push to oust him from Shadow Cabinet.

One of the numerical casualties of that stoush has been rising star and economist Andrew Leigh who remains outside Shadow Cabinet but gets Shadow Assistant Treasurer, Competition and Productivity, Charities and Not-for-Profits under Treasury and Shadow Minister for Trade in Services under Trade and Investment.

After a stellar performance in the previous Parliamentary term, Leigh’s fate has again underscored the perils of hailing from the Australian Capital Territory that which carries little clout in terms of crucial factional numbers.