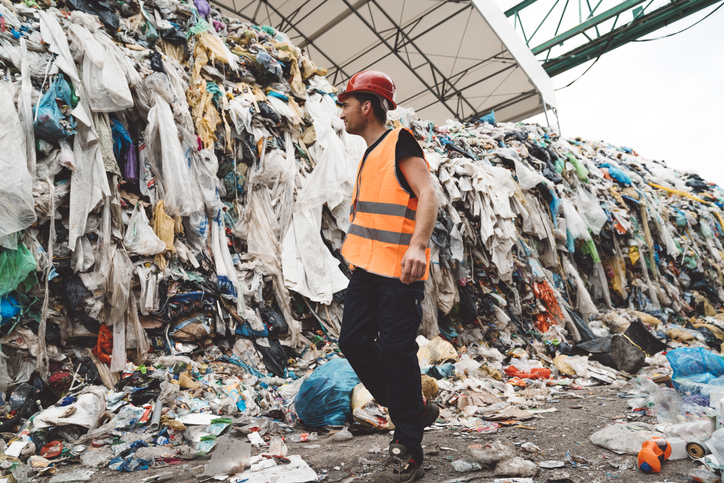 Councils are urging the states to commit to strong green procurement targets in the wake of a proposed ban on sending recyclables offshore.

A proposed federal government ban on the export of recyclables means nothing unless Australia’s circular economy is bolstered, councils say.

Councils are urging the states to ‘step up’ on green procurement after the Federal Government clinched a deal with the states at last week’s COAG meeting to agree to a ban on exports of certain recyclables.

The move saw all state and territory ministers agree to set a date to ban exports of plastics, glass, tyres and other waste streams. That date is yet to be determined.

“Leaders agreed the strategy must seek to reduce waste, especially plastics, decrease the amount of waste going to landfill and maximise the capability of our waste management and recycling sector to collect, recycle, reuse, convert and recover waste,” a COAG communique issued on August 9 said.

Recent figures suggest only 12 per cent of the 103kg of plastic waste generated per person in Australia each year is recycled, mostly overseas, the government says.

“It’s our waste, and it’s our responsibility,” Prime Minister Scott Morrison told journalists after the meeting in Cairns.

States must ‘flip the switch’ on green procurement

While the export ban signalled a “clear direction” on waste, action is now needed to ensure that the 4.3 million tonnes of waste now set to be processed domestically is injected into the circular economy, according to Australia’s council peak.

President of the Australian Local Government Association (ALGA) David O’Loughlin on Wednesday told Government News that the success of the export ban hangs on green procurement targets  to be decided by the states later this year.

“State environment ministers are the key to this. They need to come on board because they’re going to be the largest procurers of green materials in the supply chain. So far they have been reluctant to commit to targets and the PM’s message is a very clear one.”

“Environment ministers need to step up to the plate and deliver the goods.”

Earlier this month Assistant Waste Reduction Minister Trevor Evans told Government News that the federal government will consult with state and territory ministers later this year at the Ninth Meeting of Environment Ministers to set a new procurement target.

While state governments have thus far been hesitant to indicate just how ambitious those targets will be, the state’s support of the export ban could signal strong green procurement targets, Mr O’Loughlin says.

“I certainly hope so. What I’m hoping is it’s not a simple knee-jerk reaction to exports that doesn’t fundamentally change the way we deal with our waste stream and recycling opportunities.

“If government just flipped the switch and said we refuse to buy any road materials that don’t have recycled content in them we would make a massive difference to the recycling market overnight and the value of plastics in the supply chain would escalate dramatically.”

Councils and industry are waiting for state and territory governments to direct engineers to mandate recyclables in procurement contracts.

“We could do a whole pile of things other than export recyclables that won’t fundamentally change the game so we’re looking for a very strong signal which we believe has to come from the state and territory government to indicate they will invest in more processing facilities, higher quality processing and sorting facilities and thirdly, most importantly, in purchasing materials made from new products made from recyclables,” Mr O’Loughlin said.

“The stakes are getting high in a political sense let alone a commercial sense. Then think about it in an environmental sense, we are using resources once then throwing them away, got to sit back and think that’s just unsustainable and irresponsible in a planet where we only get one chance.”

Feds must ‘get serious’ about waste levy

The Federal Government also needs to  invest the $1 billion in waste levy funds into developing a market for recyclables, he says.

“[The government] have been recalcitrant and now they have been shown up for being perhaps duplicitous for claiming waste levies off of households and businesses but not using the levy enough to invest in improving the industry that they’re effectively subsiding through tax on households.

“They need to avoid being perceived as having conflict of interest in that every tonne not recycled in landfill they get $150 bucks… If it’s not true they need to face up and get serious about investing [the waste levy into the market].”

The recycling industry also welcomed the announcement but urged the government to follow suit with “bold” incentives to promote purchasing of recyclate and support for more reprocessing infrastructure.

Pete Shmigel, ACOR CEO also called for the waste levy to be redirected to support the circular economy.

“The best route to COAG’s vision of recycling sovereignty and security is for Governments to now match very big deeds and dollars to their discussions. This great leadership by COAG must be followed by great investment that matches our own.”

One thought on “Waste ban useless if no recycling commitment: councils”