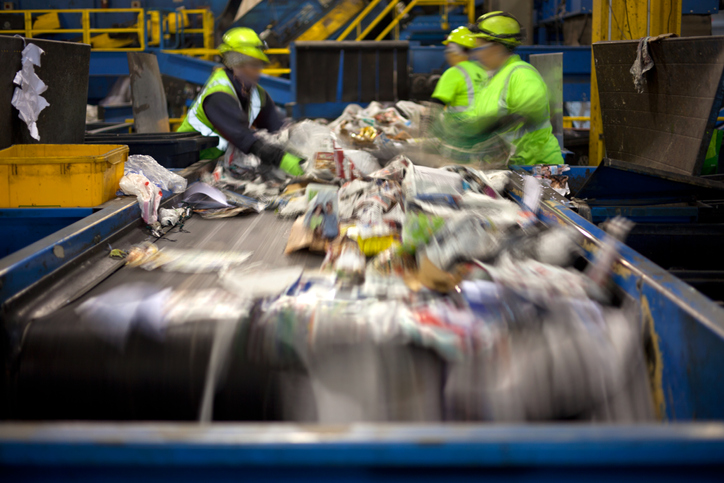 The government's plans to mandate green procurement is being hailed as good news for councils.

The federal government is planning new green procurement targets for all levels of government to boost the circular economy.

The proposed shake-up, which would require local and state governments to purchase a portion of recycled materials in public works, has been welcomed by councils and the waste management sector.

Assistant Waste Reduction Minister Trevor Evans told Government News that the federal government will consult with state and territory ministers later this year at the Ninth Meeting of Environment Ministers to set a new procurement target.

“[The] National Action Plan will be considered at the next Meeting of Environment Ministers, and will include actions for sustainable procurement by governments to promote demand for recycled materials and products containing recycled content,” he said.

The waste peak has applauded the plan to unveil the “ambitions” new targets, saying it’s will be a boon for councils.

The announcement comes after months of campaigning by the industry for a mandated green procurement target.

The Minister’s pledge has been hailed by the CEO of the Waste Management and Resource Recovery Association (WMRRA), Gayle Sloan, who described the move as a “job multiplier” for local areas – both regional and metro.

The announcement has the potential to stimulate local manufacturing and boost regional economies by kick-starting demand for the circular economy, Ms Sloan says, with 9.2 jobs created for every 10,000 tonnes of waste recycled.

“We’re seeing it now in Lismore where there’s glass in the roads or in Townsville and McKay – regional areas are doing it now and the more demand for (recycled material) the more jobs it will create,” she said.

“In Albury, Wodonga and some of those areas we see council really trying to churn those materials back into the local area. It is a job multiplier. If you think about supply and demand in local areas it is a great opportunity.”

Increasing the green procurement target would also potentially make it easier for councils to procure sustainable goods by increasing demand, she says.

“I think it may assist with some of the challenges with things like glass in yellow bins by creating and stimulating demand for that in civil infrastructure which in turn will assist with challenges in recycling contracts. I think it’s a win win.”

Because most councils already have sustainable procurement requirements, the move is unlikely to make procurement any more onerous for councils, according to Ms Sloan.

“Locals councils generally all need to go to tender if the contract is over $150 ,000 or $200,000 and they do have criteria now in relation to sustainability, economic, environmental and job creation so I don’t think it will add anything further.”

The President of the Australian Local Government Association (ALGA) David O’Loughlin has previously called on the government to mandate green procurement for all levels of government.

“Finding markets for recycled materials is of fundamental importance to the viability of the circular economy, recycling means nothing, unless recycled materials are incorporated into new products,” Mayor O’Loughlin told Government News last October.