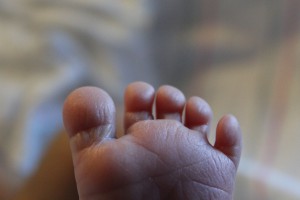 Victorian councils hit by the imposition of municipal rate caps have issued a stern warning that the state government it will need to spend more on the State Emergency Service, school crossings and public libraries to prevent services being cut.

The Municipal Association of Victoria (MAV) says the restrictions on how much money councils can raise directly from communities means that the state government will no longer be able to cost shift to the local government sector without services being cut because of financial shortfalls.

“For decades, an increasing range of services have been provided by councils under shared funding agreements with the State. The MAV’s data shows that over time, the State’s contribution has reduced, stopped completely or not kept pace with costs – leaving ratepayers to foot the bill,” MAV President Cr Bill McArthur said.

“Many agreements were originally 50:50 funding splits with the State like school crossing supervisors and SES units. Councils have struggled to maintain their own expanding emergency service responsibilities, and for years have voiced concerns about being unable to meet the increasing costs of the SES units.”

The pushback by councils comes as many municipalities prepare for a bleak end of financial year and contemplate where they will need to slash costs to remain above water.

Emergency services provided by volunteers are at the top of the list, with councils arguing that SES units at the frontline of community support and assistance during disasters require funding on par with regular state emergency services.

“SES units should not be relying on councils, fundraisers and community goodwill to do such important work protecting our communities,” Cr McArthur said.

“Councils have struggled to maintain their own expanding emergency service responsibilities, and for years have voiced concerns about being unable to meet the increasing costs of the SES units.”

Local governments also want inadequate library funding brought to book, warning that an annual funding gap of $73 million has opened up for councils who now fund 83 per cent of public library services. According to MAV, that deficit comes despite an original agreement with the state government that library services would be funded on a 50:50 split.

MAV has similarly warned that maternal and child health services are short $13 million for 2016-2016 because what was meant to be an even split is now closer to 60:40.

“State cost shifting in excess of $140 million a year onto ratepayers for four services is just the tip of the iceberg. It’s simply not sustainable. Keeping rates low for communities is ideal, but only if it doesn’t come at the cost of losing vital services due to a lack of State funding,” Cr McArthur said.

The MAV President also hit out at planning fees set by the State Government that “have not been indexed consistently since 2000” creating a $12 million black hole for ratepayers.