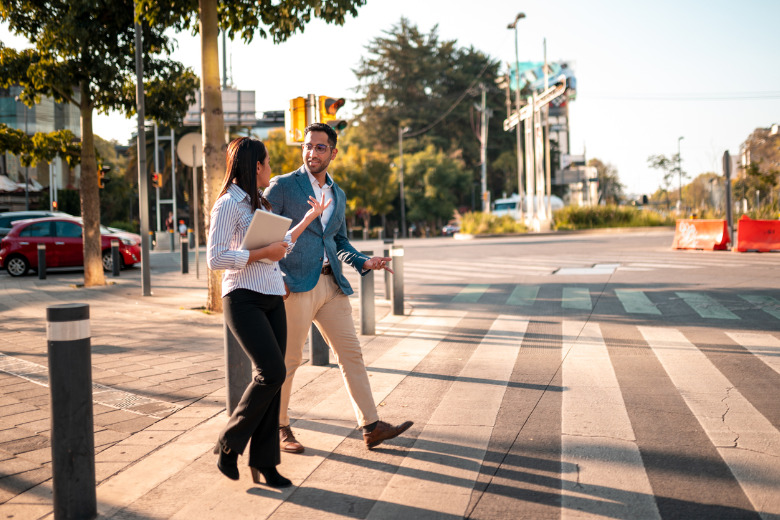 The challenge for urban planners is that remodelling cities around a desire for hyper localisation is not always possible.

At its simplest, infrastructure planning is about putting the right ‘things’ in the right place to allow people to live the way that they want. It’s about giving people the services they need, while considering how they move around. Other factors to consider include public policy priorities, international business obligations and geographical constraints.

So, what happens when infrastructure – both existing and planned – no longer reflects the way people are living their lives? That’s exactly what we have been seeing throughout the COVID-19 pandemic.

Major city infrastructure is planned around the assumption that vast numbers of people will travel in and out of the same central business district (CBD), at the same times, every weekday. However, the pandemic has changed how society views commuting.

The latest research by HERE Technologies shows that 40 per cent of Australians now refuse to travel more than 20 minutes to get to work, compared to 30 per cent pre-pandemici.

Infrastructure planning is long lead and requires significant upfront investment. The Australian Government has earmarked $110 billion for infrastructure investments over the next decade and, to make that worth it, they will need to meet evolving commuter expectations. This is a headache for planners.

COVID-19 has revealed that people like the notion of the 15-minute city.

A shift in commuter priorities

The fact of the matter is that commuters are no longer willing to travel like they once did. People are now rejecting what was once accepted as a fact of life and they are willing to make significant life changes to protect their time. The same research revealed that 29 per cent of commuters would change jobs to reduce their daily travel time, while 21 per cent would change careers entirely.

Half of workers said they would reduce their days in the office to cut commuting time. This is particularly true for those living in Australia’s major cities, who may have been spending hours commuting each day pre-pandemic.

They have discovered that they can get a large proportion of their life back by working from home, even if it’s just a few days per week. This significant cultural shift towards hyper localisation has the potential to shake the foundations on which modern society was built.

If the population density is not high enough, you simply can’t generate a big enough catchment within 15 minutes of travel time.

Re-enter the 15-minute city. This concept refers to a city, town, or suburb where all essential needs are accessible in 15 minutes or less on foot or by bike from home.

COVID-19 has revealed that people like the notion of the 15-minute city. People like to be able to travel to and from work, pick up their kids from school and do their shopping all within proximity to their homes.

The challenge for urban planners is that remodelling cities around a desire for hyper localisation is not always possible. There are some services such as hospitals, that are expensive to both build and maintain. They need to service a critical mass of people to remain economically viable. If the population density is not high enough, you simply can’t generate a big enough catchment within 15 minutes of travel time.

Public transport and higher density living could be the answer

There is an opportunity for smarter infrastructure planning to create the experience that a 15-minute city delivers, without strictly meeting the criteria.

Greater incentivisation for the use of public transport is one such workaround. If we make it more seamless for people to swap between multiple modes of transport – trains and buses for example, we give people a more holistic view of all their options for getting from one place to another.

There is an opportunity for smarter infrastructure planning to create the experience that a 15-minute city delivers, without strictly meeting the criteria.

This would also contribute to people’s willingness to moving further afield without feeling as though they are compromising on lifestyle. The right intermodal connections and ticketing system consistency are critical to getting it right.

Another workaround is to increase the density of living. If we look at Singapore, we find that anyone, anywhere, is living in a 15-minute city. However, as one of the least densely populated countries in the world, Australians are less likely to embrace high rise living with open arms.

The secret could lie in building design and developers taking a more holistic approach to modern apartment living. Apartment buildings can no longer be just that, they need to become a sort of micro-city complete with shops, cafes, yoga studios – the possibilities are endless.

It feels unlikely that the CBD will return to its pre-pandemic glory. Urban planners must adapt to this societal shift, as given the opportunity and the choice, people will continue to favour the 15-minute city.

3 thoughts on “The timeless appeal of the 15-minute city: How infrastructure planners can tackle the shift away from the CBD”