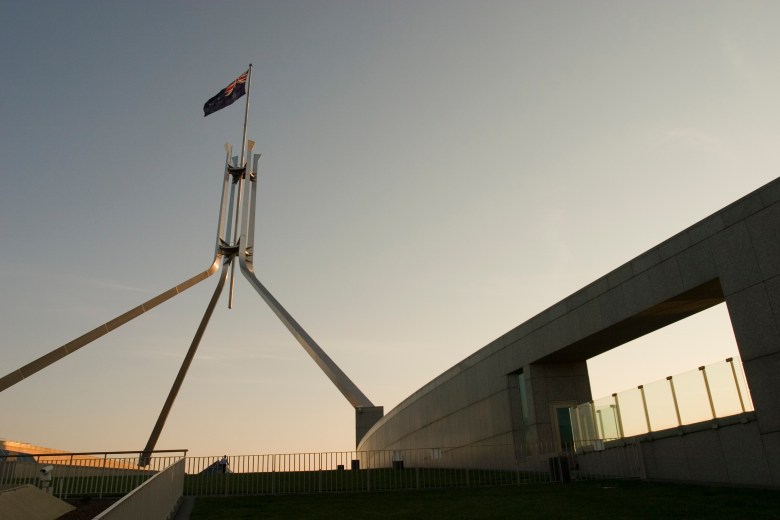 The appointment in April of the new Defence Support Services (DSS) panel of around 580 consultancy firms seems like a lot but its hard work spending $36 billion properly, so there may be method in the apparent madness.

Everyone in Canberra knows that Defence is the biggest game in town, but few appreciate just how big. The Defence whitepaper in 2016 scoped out a significant rise in departmental expenditure in order to meet a broader range of threats in future.

In fact, this year the Defence budget is set to be something over $36 billion, plus major capital projects. And the Turnbull Government has committed to meet the vaunted target for a national Defence budget of around 2 per cent of gross domestic product (GDP) early – by 2020/21 if possible.

Key capital projects, of course, include the small matter of the new J-35 Joint Strike Fighters, 12 sleek new submarines and the recent order from BAE Systems in Adelaide for two shiny new frigates. There is also any number of new toys to buy from land systems to cyberwarfare, ships to tanks and from drones to missiles. Indeed, it is estimated that over 75 per cent of existing Australian Defence Force (ADF) equipment has to be replaced within the next 10 years.

Yet following the First Principles Review (FPR) of Defence in 2015, and its 68 recommendations, many of which were aimed at building a more commercial approach to defence procurement, the new Capability Acquisition & Sustainment Group (CASG) that replaced the Defence Materiel Organisation (DMO) in June 2015, has reduced staff from something over 7,000 to nearer 5,000. More to do, less staff.

This partly explains the growing need for skilled contractors and consultants to support CASG. It is hard work spending such money properly, compliantly and ensuring value for money with a more strategic approach. From a tightly defined global market of defence contractors, it’s essentially an oligopoly. It is even harder when you factor in geopolitics, military alliances, equipment compatibility and a desire to spend locally and create jobs for Australians.

In January, the CASG website revealed an annual budget of around $650 million for contractor support to CASG across a range of skills sets, including engineering and technical, project management, materiel logistics and, importantly, commercial support and services.

Following an extended and iterative procurement process, Minister for Defence Industry Christopher Pyne announced on 6 February the appointment of four major service providers (MSPs) through which larger, longer term and more integrated service requirements for CASG are to be sourced. These four competing MSPs are essentially small consortiums of firms working together, each led by a principal firm – Nova, Jacobs, KBR and Downer.

Yet, under the contractual arrangements, the MSPs are expected to work within a collaborative culture of co-operation and professional collegiality- not only with Defence but with their supply chains, and particularly small businesses that are on the new Defence Support Services (DSS) panel that was established through the same procurement process. This, in my 30 years or so of business experience, demands a very rare level of bon amie amongst competitors.

In addition to working with their handful of direct partners in each consortium, the MSPs committed to source an agreed amount of work (over 20 per cent of the total MSP spend) from about 580 approved firms – those on the new DSS panel. Most of the firms on the panel are SME sized businesses; niche contactors in the main. Securing a large pool of flexible labour available on-demand is a sensible aim for CASG. Whether it is a practical one remains to be seen. Can flexible labour ever be secure?

Yet it is this professional community that is intended to shore up the productivity required to properly spend over $12 billion on Defence materiel acquisition and sustainment each year, and get our capital investment in military hardware right in future. No small task. Especially given defence procurement’s predilection for inertia, delays and the occasional high-profile overspend.

This two-tier sourcing process is entirely new. It is designed to make the retention of contractors more manageable, as CASG deals primarily with four sources of supply for contracted support although, critically, Defence will still source directly from the DSS Panel, as appropriate. And, indeed, from the old CASS-SS panel for as long as necessary. Over 300 of the 580 or so suppliers on the new DSS Panel are new.

Crucially, the selection process geared the market to offer ‘standard’ maximum day rates (with different rates depending on whether the engagement was for a short or long term) across five bands of seniority ranging from under $1,000 (Level 1) per day to over $4,000 per day for exceptional or ‘world-class’ consultants (Level 5). This desire to reduce day rates seems to have been one of the driving forces in the process.

Anecdotally, the Commonwealth Board of Secretaries, when discussing the aims of the scheme, was said to have heard about one example that spurred the question:

“does anyone here believe that the Federal Government should be paying a day rate of $8,800 per day to anyone for anything?”

Apparently, nobody did. In fact, the pressure to reduce and standardise day rates, and effectively commoditise day rates paid to contractors supporting Defence, was firmly driven from this point.

It’s far too early to say whether the new MSP-driven framework for contracted support to CASG is a success or not. A more conventional approach might have been to deploy one (or more) of the contingent workforce service providers such as Hays, Kelly Services or others backed by state-of-the-art systems to manage remote workforces. Many firms in the health, construction or resources sectors, for example, choose this approach and it apparently works well for them, especially in managing flexible requirements for a wide range of skills and FIFO or shift workers, and for managing compliance and paying contractors (not staff) correctly.

Ultimately, there are many questions to be answered which will determine whether this new approach turns out to be an inspired move which brings real rewards for Defence (and humble taxpayers) or whether it just creates a deep bureaucratic muddle?

But just five of the most important and compelling questions are, I believe:

Jonathan Dutton is an independent management consultant specialising on procurement and was the founding CEO of CIPS in Australia from 2004-13. He has previously counted DMO as a client as well as several firms that are both old and new DSS panellists. He writes a regular column on procurement in government for Government News.