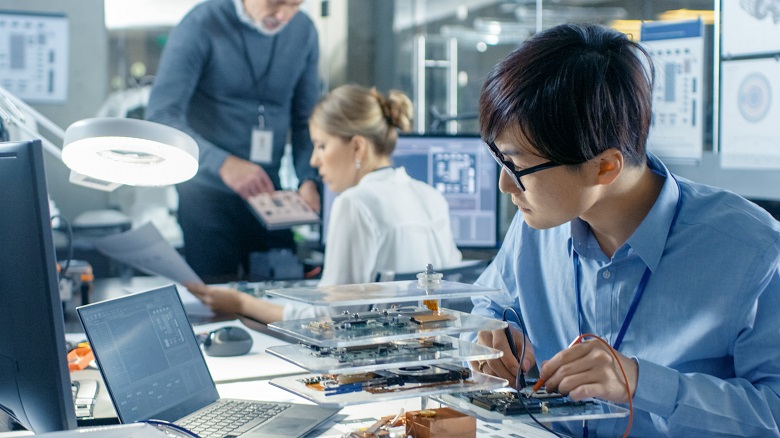 The government needs to provide more incentives if Australia wants to be seen as fostering innovation.

The Australian startup, small and medium business sector is the backbone of our economy. Small businesses make up 20 per cent of Australia’s GDP and employ half the workforce, while startup unicorns in Australia are reaching $1 billion valuations and over, despite the lack of support. We aren’t doing enough to foster the growth of these businesses, write Detch Singh and Tim Florea.

The recent release of the 2019 Startup Genome report saw Sydney fall six places to 23rd on the list of best startup ecosystems in the world, while Melbourne fell off the list altogether. There’s a small window for us to claw this back, but Australia is clearly lagging behind the rest of the world.

If Australia wants to be seen and regarded as fostering innovation, then the government needs to act, and put the interests of these groups first. Reforming Australia’s Research and Development (R&D) tax incentives should be the cornerstone of this change.

The current R&D tax incentive gives small businesses, including startups, a chance to build, grow and innovate their products or offerings. It does that by providing funding in the form of a rebate which startups can access up to 43.5 per cent as a refund of R&D spend. It’s an important scheme, and in its most beneficial form provides critical cashflow to spend precious time and money developing new tools and concepts. For startups especially, innovation is critical to ongoing business growth.

However, recently the R&D tax incentive has come under strong scrutiny, with the government focused on significantly6 reducing its budget. Part of this will be achieved by capping themaximum refundable amount in the scheme, further scaling back the already reduced 43.5 per cent rebate (initially 45 per cent), and introducing complex benefit calculation thresholds, hindering larger businesses.

Of greater concern has been a shift in the approach to assessing claims, with a much stricter view of what qualifies and how. This is skewed towards measuring the merit of a claim by the quality of record keeping, which is flawed and needs to be balanced. The review and audit process itself, while important, is also very time consuming and taxing on a startup. Retrospective audits have recently attracted significant media attention, with several high profile startup claims deemed not eligible and refunds being recalled up to four years later.

Comparing our incentives to other countries, we are clearly lagging behind. The UK for example, allows businesses to claim up to 230 per cent deduction. This is massive for small businesses and would make a major impact on operations — Australia isn’t even remotely close to this.

Due to the deficiencies in Australia’s R&D tax incentives, startups and small businesses are struggling to compete both locally and globally with bigger businesses.

This is especially true when looking at talent retention. The startup community spends an incredible amount of time and money training developers and engineers, only for these individuals to eventually go to larger, global companies because they’ll be paid more attractively. Let’s be clear — it’s a global playing field for talent. Startups can’t compete with the offers from big businesses and are losing crucial resources when talent leave for more lucrative opportunities. More than anyone, startups and small businesses need the extra capital that comes with a more supportive R&D tax incentive in order to retain the great talent they’ve helped train.

The other piece is innovation. Due to the difficult and time intensive R&D scheme, small businesses and startups are choosing not to pursue legitimate R&D claims. There’s too much uncertainty involved. This is stifling growth in the sector, as startups are investing less, and are less likely to pursue risky innovation. On the other hand, larger businesses, which have greater capacity to hire new talent, aren’t innovating on the same level or rate as startups — yet they have a greater capacity to pursue claims with more resources and records in support.

The difficulty for startups to keep up with large businesses has a major impact on future business growth in Australia. If startups and small businesses are finding talent hard to retain and the market difficult to grow in, we risk stifling innovation and growth.

Instead of waiting for this problem to grow beyond the point of no return, the government needs to work with the startup and small business communities to understand the pressure points and implement appropriate incentives. These incentives need to remain regardless of which party is in government, and be backed by a consistent and pragmatic administration.

If we don’t act now, we risk hampering business growth and losing the innovation potential of some of Australia’s best startups. We have an opportunity to lead the world on innovation, not watch it innovate around us. Let’s make it happen.

One thought on “Australia needs more incentives for R&D”