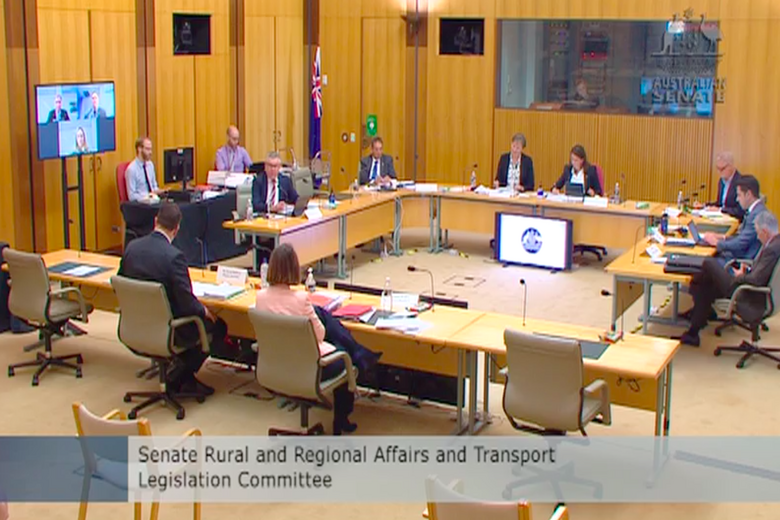 The acquisition of a parcel of land in Western Sydney for 10 times its value has been probed by a Senate hearing.

The head of the department of infrastructure has been asked whether he believes his department was  involved in a cover-up in relation to the controversial acquisition of a parcel of land near the proposed Western Sydney Airport.

As reported by Government News, the matter first came to light in a report from the national audit office released on September 21, which found the department’s purchase of the land, for ten times what it was worth, fell short of ethical standards.

The so-called Leppington Triangle was bought by the department’s Western Sydney Unit for almost $30 million in July 2018 to provide additional land for a potential second runway at the Western Sydney Airport.

Secretary of the Department of Infrastructure, Transport, Regional Development and Communications Simon Atkinson revealed during a Senate estimates hearing on Monday that four investigations are underway into the sale, including one by the Australian Federal Police.

Mr Atkinson said he took allegations of unethical conduct by officers of the department very seriously.

He said he had also instigated an investigation into possible breaches of the APS code of conduct headed by the former Inspector General of Intelligence and Security and Deputy Commonwealth Ombudsman Dr Vivienne Thom, and two officers were under investigation and had been moved from their positions.

In addition he said he had ordered an an independent audit of the conduct of the Leppington purchase to identify any “areas for improvement or lessons learnt”.

He had also commissioned an internal audit of the western Sydney unit, put in place new departmental protocols and established an assurance taskforce within the department.

“I intend to get to the bottom of this and wherever necessary hold people to account through proper, fair thorough processes and make sure we have the right culture, capabilities processes and systems going forward,” he said.

Senator Penny Wong asked Mr Atkinson if he agreed that the ANAO report was “a pretty damning indictment of the department’s performance”.

Senator Wong said what was most concerning were findings by the audit office that the department had failed to respond appropriately to inquiries about the sale.

Senator Wong described it as “unprecendented”.

“I haven’t actually seen an audit office report say that about a department before,” she said.

Mr Atkinson replied:  “neither have I.”

Mr Atkinson said although he first knew about the ANAO’s findings on August 21 he only referred the matter to the AFP on October 8, by which time he was informed that it had already been referred by the ANAO, prompting questions from Senator Wong.

“What I’m trying to understand is, why it is that there’s this period between Aug 21 and Oct 8 where you, as secretary, are aware of very serious allegations (but) you don’t make a decision to refer to the AFP,” she said.

She also noted the audit office said the department gave “some might say false, but incorrect information (in the) pursuit of sale that is so far out of whack with every other valuation … where there is a persistent and ongoing series of instructions to the valuer which frankly when you look at it, looks like someone is trying to inflate the valuation”.

Mr Atkinson said he didn’t consider it to be appropriate behaviour and that’s why he referred it for further investigation.

“I would have thought that’s the least you could say. I actually find it gobsmacking to be honest,” Sentor Wong said.

“What it looks like is people trying to cover it up when the audit office came asking questions … Do you think people tried to cover it up, Mr Atkinson?

Mr Atkinson said: “I want to get to the bottom of what happened… I’m trying to clean it up.”

2 thoughts on “Top bureaucrat grilled on departmental ‘cover up’”