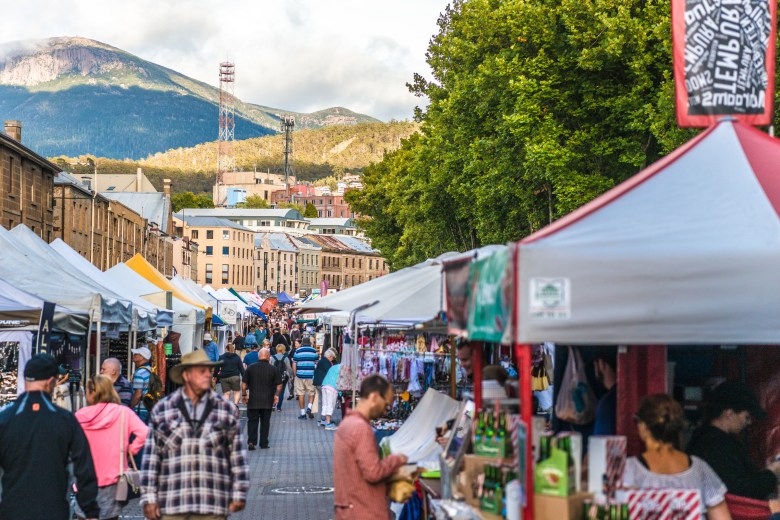 Tasmania is bent on cementing its place as one of Australia’s most unique and vibrant locations with the island state’s branding body elevated to a statutory authority.

Not so long ago, Tasmania was considered something as an afterthought to the continent, home to just half a million people. But today the state is powering its way to the top, thriving amidst a tourism boom which reels in 1.26 million visitors a year and generates $1.44 billion for the economy.

The elevation of the place branding council, which has been in existence for twenty years, gives it new powers and substantially more resources to promote the state,  which the Bruny Island Cheese Company co-founder says is a first for Australia. Tasmania is also only the second place in the world, after Iceland, to elevate a branding body to such a level.

“This is the first time in Australian history a branding organisation has been empowered to this level by a government. It’s actually the second time it’s happened in the world.”

The news comes just weeks after the Morrison Government pledged millions of dollars in the 2019 Budget to propel the state’s bustling tourism industry.

The appointment is another boost for Tasmania, with the state already celebrating huge tourism success on the back of MoMA.

It’s the “core values”of the state that have powered the now vibrant economy which Mr Haddow says he will continue to promote as head of the authority.

“A lot of the work to be undertaken going forward will be along the lines of what we’ve done in the past, storytelling and being able to articulate what makes Tasmania special and promoting that,” he said.

“We are physically and geographically different to the rest of Australia and the characteristics that that portrays is that we’re a very determined and resourceful place. That isolation also brings a level of quirkiness.”

“We are an island of different in a sea of sameness. That difference is our strength.”

As well as continuing to embrace what makes the state unique, Mr Haddow says that his background as an entrepreneur for Bruny Island Cheese will see him champion small and large businesses as tools to both power the economy and benefit from it.

“As a small artisan food producer, that exists on an island off south coast Tasmania, my business lives and dies on Brand Tasmania and the quality of that brand and for last 16 years since started the Bruny Island Cheese Company we have lived  and breathed Tasmania Brand for our benefit.”

Engaging with local stakeholders about the growth of the tourism industry is another issue high on Mr Haddow’s agenda.

“Because we have a Brand Tasmania Act now it also means we don’t just serve private enterprise but also represent the community. That’s quite an important distinction from what we’ve done in the past.”

Place branding: the lynchpin of success

The concept of place branding underpins the work Brand Tasmania has done to redefine the state and promote it around the world.

Place branding is all about articulating what makes a place unique and using the narrative to attract visitors, Mr Haddow says.

“Place branding is about understanding and articulating the character of a place – that is the natural environment, the built environment and the people who live and work in that place.”

Australia’s first place branding conference, to be held in Sydney in June, will look at how cities and regions around are telling their story to attract business and visitors.

The inaugural Place Branding Australia conference, hosted by Government News, will bring together government leaders and industry practitioners to discuss ways to power towns and regions forward through branding.