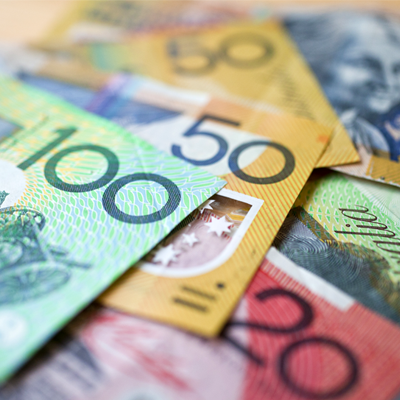 The Tasmanian Chamber of Commerce and Industry (TCCI) has released a major report that recommends selling or leasing the State’s government business enterprises (GBEs) and other state owned companies.

The report was written by leading economist Saul Eslake, himself a Tasmanian.

“Selling or leasing one or more of TasNetworks, Aurora Energy, TasPorts or the Motor Accident Insurance Board and depositing the proceeds with the Australian Government’s Future Fund will provide some headroom to borrow to fund higher levels of investment on rigorously selected infrastructure,” Mr Eslake said.

“It will also enable Tasmania to offset some of its unfunded superannuation liability. The economic and social challenges facing Tasmania, over the next four years and beyond, cannot be addressed by a Government which seeks a mandate for doing nothing more than minding the store, however competently they do that.

“Tasmania has made some genuine and tangible progress in recent years. There is a greater sense of optimism about what may be possible. This is a moment in Tasmania’s history where those who seek to shape its future should be imaginative and bold, rather than cautious or timid.”

The problem is, asset sales are on the nose in most states of Australia, and with an election due in Tasmania in the first half of 2018 no party wants to sell anything.

Liberal Premier Will Hodgman says the Government’s policy is not to sell public assets. Labor has welcomed the report but says it will not sell any assets. It has a plan department superannuation funds to “unlock millions of dollars worth of investment.” The Greens, strong in Tasmania, but also against any sale of public assets.

“Employment grew strongly during 2016-17,” said Mr Eslake.” It is now, finally, above the previous peak just before the global financial crisis.

“The state’s unemployment rate is down to around 6 percent, still above the national average, but that’s partly because the participation rate has picked up. The proportion of the 15-64 year-old population who are working is at its highest level since the Global Financial Crisis.

“Population growth is picking up again. More people are moving to Tasmania from the mainland than the other way round for the first time in six years.”

Mr Eslake said Tasmania’s state public sector is in good financial shape, with spending growing at a consistently slower rate than revenue, and that non-financial public sector net debt is lower, relative to the size of Tasmania’s economy, than it is in any other state or territory except New South Wales. The  property market is also doing well.

“Residential property prices in Hobart are now rising more rapidly than in any other capital city and selling more quickly than for a very long time. Property prices statewide are also rising, although not as rapidly as in Hobart.”

But Mr Eslake  warned Tasmania faces significant risk from the possibility that the GST revenue-sharing arrangements will be changed.

“This could have a very negative impact on Tasmania’s public finances, forcing some combination of large tax increases and spending cuts.”

“These below-average educational participation and attainment rates are not the result of an above-average proportion of the population living in rural or regional areas, nor are they the result of a higher-than average representation of low socio-economic status households.

“And they are not the result of insufficient spending on education. Tasmania spends more per student, and a higher percentage of its income, on education than the national average, yet gets worse results.

“The thing which stands out as being different about Tasmania’s education system is its separate senior secondary college system, which does not exist in any other state. There is some evidence that the Government’s extension of Year 11 and 12 courses to rural and regional high schools is resulting in higher retention and attainment rates.”

The report lists a range of recommendations for the next State Government to consider after the 2018 election, including:

“We could lift Tasmania’s per capita gross product to the proportion of the national average to where South Australia is today – i.e. from 78.5 percent to 83.5 percent.

Change the structure of Tasmanian education

“Bite the bullet on the college system and provide every Tasmanian student with the opportunity to complete Year 12 where she or he starts Year 7 – the same opportunity as every student in every other state.”

The Liberal government says it will keep the current system, while Labor wants to merge the senior colleges into the secondary school system.

“Two areas where Tasmania clearly spends less than it needs in order to provide services comparable to those in other states. Tasmania must also pursue reforms in the way health care is managed and provided as recommended by the Productivity Commission.”

“In particular, lower the rate and broaden the base of payroll tax, with all employers paying less than 4 percent, which would be the lowest in Australia. Preference new businesses rather than small businesses. Be the first state to gradually replace stamp duties with a broadly-based land tax.”