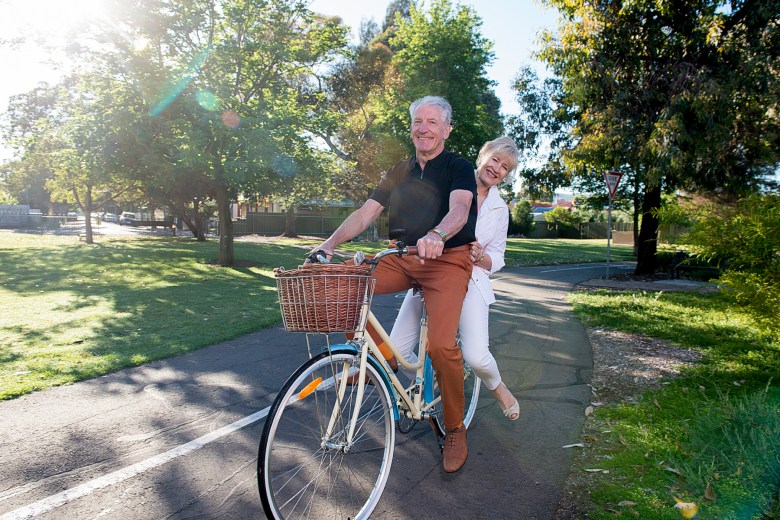 City of Unley has developed and initiated an age-friendly strategy.

As the tier of government that’s closest to people, councils are uniquely placed to deliver age-friendly services and infrastructure, says City of Unley CEO Peter Tsokas.

From improved streetscapes to more accessible retail precincts, the approach to age-friendly communities adopted the City of Unley in South Australia is delivering benefits to all residents, not just its sizeable seniors’ population.

That’s because the underlying philosophy behind the age-friendly approach is that it’s about more than just meeting the needs of older people.

“In practice, any ageing strategy should look at providing age-appropriate services and infrastructure – from young people to seniors,” says Mr Tsokas.

Neighbourhoods that are safe for older people are also safe for children, while footpaths that are free from obstructions are helpful for parents with prams or young people with disability as well as older people, he says.

As the tier of government that’s closest to people, councils can and do make a difference to people at all stages of their lives, he argues.

“We are about helping people to live independently for as long as possible by providing services and infrastructure that supports this.”

Unley has been progressing its age-friendly approach since 2011 when it participated in a research project with the University of South Australia that recommended a range of measures to the State Government on how to respond to an ageing population.

“We took that and started to work on our own active ageing strategy, because at the time we recognised we had a high percentage of people over 65 and it was going to be a growing issue for our community,” Mr Tsokas tells Government News.

Unley then engaged with five other councils on a regional active ageing strategy as well as its own unique strategy for council.

Mr Tsokas says Unley has applied an “age-friendly lens” to guide its approach in all areas of its activities and operations.

“By viewing a community through an age friendly lens, city planners, engineers, businesses and service providers can help create a city that is friendly for all ages,” he says.

“It’s about looking at projects or service delivery from an older person’s perspective… So if we’re looking at our written communications, for example, a simple thing is to review font sizes. If you were undertaking a streetscape project, you might sound out a group of older residents on the location of crossing points, whether the lighting is suitable.”

“Eventually there should be no need for a strategy – it will become an intrinsic part of our business model.”

Critical to Unley’s strategy has been getting the endorsement and participation of both council executives and elected representatives.

“Once our elected members understood that this didn’t mean additional funding, it just meant having to change the way we look at things, they were quite committed to it. Along the way council was fortunate to win a number of awards and that provided momentum and kept up people’s enthusiasm.”

Partnerships with local stakeholders, such as aged care providers, schools and academics, have been another key element of the approach.

“It’s important to understand that we can’t do everything,” Mr Tsokas says.

This has included a positive ageing initiative with aged care provider Resthaven, and the delivery of dementia education to students in a partnership with Unley Primary School, aged care provider ECH and the University of South Australia.

Unley also initiated a project to explore age-friendly retail precincts, which has led to a model being developed to help businesses adopt practices that improve the shopping experience for older people.

The approach has been adopted by the trader associations representing businesses on the city’s five main streets.

“It could involve the layout of shops, dementia awareness training, portion control or giving a discount to older shoppers,” Mr Tsokas explains.

Another initiative has focused on age-friendly streetscapes, with design considerations around lighting, street furniture and seating, signage, vegetation and trees, the width of footpaths, pedestrian crossings.

“We’ve mapped our city in terms of areas that have high pedestrian usage – in particular around schools, shopping centres and aged care facilities, where we think accessibility is a higher priority. That will be an ongoing annual program that will take us some years to get through,” he says.

“You can’t do it all yourself, partnerships are very important,” Mr Tsokas says when asked of his advice for fellow local governments looking to better meet the needs of ageing residents.

“The age-friendly lens is probably the best way, where you lay that over your existing services; that way you can incorporate initiatives within your existing budgets and programs.”

He also encourages councils to engage with their older residents.

“Get their perspectives on things. You may think you know that the problems or issues are but you might be surprised when you actually ask the residents what their perceptions are.”

Knowledge exchange with fellow like-minded councils is important too, he says.

Two years ago Unley initiated a forum for the other Australian councils that are part of the Age Friendly Cities Global Network, which was attended by 12 other local governments.

“Last year it was held in Tasmania, this year it’s taking place in Victoria. It provides a forum for all the councils that are working in this sphere to get together and share their learnings,” he says.

“It can only grow in time.”